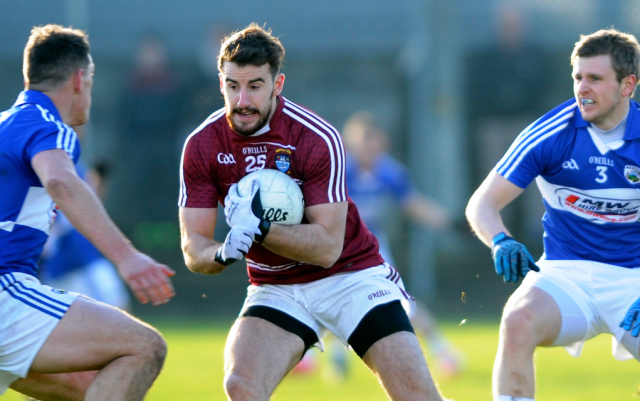 Westmeath A Team To Catch The Eye Early On

The tag of ‘Championship team’ gets given out time and again, and one side who have that title firmly attached to them in recent years is Westmeath.
The Midlands county, have reached back-to-back Leinster finals, giving them a place in the last 12 of the All-Ireland series. You would expect a team among the final dozen left on the Championship – but not progressing into August or September to be in division 2 or perhaps 3. However, after a flurry of relegations, Westmeath find themselves in the bottom tier of football for their Spring activities.
In fact, the Lake County have been either promoted or relegated in eight of the last nine seasons, since the league went back to four divisions. It looks like on current form, that that trend will continue.
They looked strong on Sunday, easily disposing of Limerick 1-18 to 0-12 in the Gaelic Grounds.
Westmeath opened the scoring after 39 seconds and no point after that were they not in the lead on this contest. The home side reduced the gap to four points with over 15 minutes to go but didn’t score again as Westmeath powered home to seal their first win of the campaign.
This came after a draw with Carlow in round one in a game that could very well be the only blemish on their record as, apart from Wexford, Westmeath look a lot stronger than everyone else in the division.
An interesting contrast here is the performance of Limerick. Under new manager Billy Lee, the Shannonsiders reached the McGrath Cup final in pre-season and took Kerry to extra time in the final of the January competition.
They, along with Westmeath, were relegated from Division 3 last year, and after starting out 2017 with back-to-back defeats, Limerick are already lengthy odds to get a top two finish in Division 4.
After a few bad Championship runs over the last couple of years, Limerick need a big win over the summer to get excitement for the big ball back into the county.
Back to Westmeath though, and, too be honest, Sunday’s performance was that of a team that are too good for Division 4. They have a good scoring threat, players that can come off the bench, and, despite playing attacking football, don’t leave themselves too exposed at the back.
With Leinster football not in a great place at the moment, Westmeath have taken advantage and despite having poor Springs – have come into form in the Summer months on the hard ground.
This year, they will have something they haven’t had in a while – wins heading into the Championship.
They are a curious team, this Westmeath side. They are also the front-runners for the Division 4 title despite dropping a point in round one.
If they can bring a bit of form into the summer, perhaps Westmeath can keep up the good Championship runs, their supporters are becoming accustomed to seeing.

Leinster Hurling Championship predictions Round 2: Davy to leave Dubs on...

WHY THE NATIONAL ANTHEM SHOULD STAY