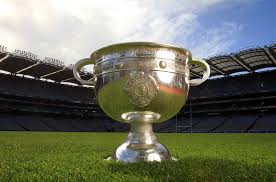 Proposal for a new structure in the Gaelic Football Championship

There is a lot of talk at present about the structures of the football championship. Something needs to change and quick as it all seems a bit stale and out of date. Attendances are dropping year after year. I remember travelling to Munster matches where Kerry and Cork were a sellout. The atmosphere was rocking.  Now they would be lucky to attract over 20,000 at any provincial championship game. Take a Laois or Kildare supporter for example – they used to travel in huge numbers to games, nowadays they don’t as they know they are wasting their time and money. Yes, the recession has affected attendances at matches but this isn’t the sole reason. Throw in the tactic of teams employing 14 players behind the ball and people are happier to keep their money for a Saturday night in the local pub.

The players need something new and supporters need to have a reason to travel. Although GAA people are stubborn and hate change, something needs to be done and fast. I for one am sick of watching the same thing over and over. It has become boring and dull and repetitive. I would love the GAA to try something new, a two-year proposal maybe. At this stage what have they to lose?

My proposal for the football championship is as follows.

Split the 33 teams (including London & New York & excluding Kilkenny) into 8 groups of 4. The groups can be seeded – 1st 16 for the top seeds and 2nd 16 for the lower seeds.  I would propose New York play London each year with the winner going through to the group stages with the losing team playing a preliminary round in the All Ireland B competition. Each team is guaranteed 3 championship group games and one knock out game and every team has a chance of winning the Sam Maguire cup in September.  I will use the following group as an example.

Each team is guaranteed one home game with the lower seeded team receiving 2 home games. The top two teams go through to the last 16 of the Sam Maguire with the top team getting home advantage in the knock-out stages, whereas the second team will be away in the knock-out stages. The bottom 2 teams in each group will compete in the All Ireland B championship. The rules will apply as above, 3rd in the group get a home draw and 4th are away.  So hence 1st will play 2nd in each group and 3rd will play 4th with 1st and 3rd place teams receiving a home draw.

The B championship has to be made more appealing. It was tried before but it wasn’t marketed properly. My proposal guarantees that every team training at the start of the year has a shot at the Sam Maguire and they are guaranteed 4 championship games. If they don’t perform they can still compete at their own level for a big prize. The final should be played on the same day as an All-Ireland hurling semi final. That game should be make it a sellout.

Give the players something realistic to aim for. Take a player from Wicklow footballers at the moment. Probably back training in November for 4 or 5 nights a week – for what?? To lose in Leinster and probably get one more game in the qualifiers. Go back and do the same thing the following year. Can Wicklow win the football All Ireland? No they can’t. Can they win a B All Ireland? – unlikely but they would have a small chance at least. The above proposals would at least give the player 4 championship games.

Teams would be playing different teams every year so there would be a great variety. Nearly all of the provincial championships at the moment are predictable; dominated by one or two teams. Look at the amount of players who are leaving the county team after they lose in the provincial championship to head off to America for the summer. Who can blame them? Why are so many of the so called weaker counties so against a B All Ireland? Every club competition in Ireland has Senior, Intermediate, junior etc. There is no problem with it. Podge Collins of Clare spoke last week on Newstalk on how there should be a competition for the weaker counties. More players need to speak up.

The following questions you may ask about the above proposals!

Ans. I would get rid of the Pre league tournaments (McGrath cup etc.).  They are a waste of time and clash with the Sigerson colleges competition. I would combine the league and provincial championships. So for example the Munster provincial championship would continue but it would not mean anything for the championship – hence it would basically be the new league. Some provinces obviously have more teams so they would have to split them up into groups. If possible it would be great if these competitions could be played without any Sigerson players but I can’t see that happening.

Ans. Give clubs designated weeks during the year to play club games. This system means counties know when they will be playing, unlike the qualifiers where County Boards cannot plan anything. Have the All Ireland final in August if possible. No replays. It would mean starting the round robin games in May. Have 3 games in a 4-week period.

The GAA would have to make it more appealing and attractive to both players and supporters. A guaranteed holiday as a prize, money towards county boards etc. There is a case to be made that the 16 top counties would only compete for the main prize but that would annoy the weaker counties. My proposal gives them games against the big boys and yet if they are not successful they can still win a competition.

It may be likely that there will be some games that teams will have nothing to play for but at the very least, teams will have home advantage in the next round to play for. Teams will want to avoid certain teams in the last 16. No team can afford to put out weakened teams as they may not make the Sam Maguire if they do. There will be games where teams will be too strong for other teams but hopefully with home advantage they might be able to cause an upset.

There are probably flaws in the above proposal. I think this would make for a very exciting championship. Maybe you could throw in bonus points for amount scored to prevent the negativity of some teams. I would love to hear your opinions and thoughts. Please feel free to comment below.

5 reasons to tune into All Ireland Football Finals