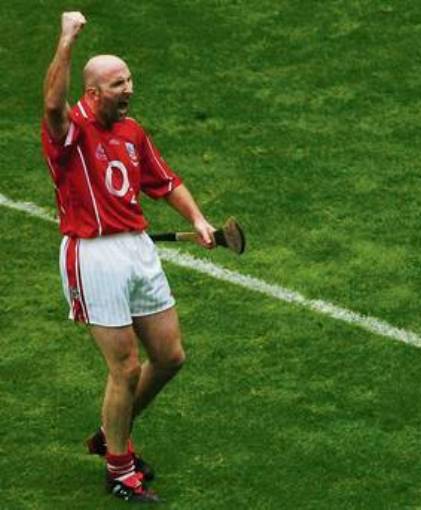 We can’t all come from Kilkenny. For most of us each year passes without an All Ireland coming to our home county. Indeed by August many of us will be out of the race. So what can you do except adopt a new team to follow. We all have our favourites. A team we latch onto for some reason or another. Whether it’s because of their style of play, because they are the underdog, or because your mother comes from there; we all have a second favourite hurling team. Here we take a look at the top contenders for our affection.

“I love Waterford” John Mullane once famously cried. Waterford loves John Mullane. And neutrals everywhere love the Waterford hurling team.  Waterford has always been a bit of a scamp. John Mullane, Paul Flynn, Dan Shanahan, Ken McGrath, Tony Browne. Each and every one of them Gods among hurlers. And each and every one of them seems a bit mad in the head. Kissing the jersey, celebrating each point as if it was a golden goal, pitch invasions, end to end score fests – Waterford had it all. They were pure pantomime on the pitch. They never went the whole way and won an All Ireland – but that just made us love them all the more. When the aforementioned hurling deity called time on their careers Waterford hurling entered the doldrums for a few seasons. But they have bounced back under the tutelage of the extremely affable Derek McGrath. McGrath has the appearance of a cuddly uncle. You can’t help but warm to him. The man could put 16 players behind the ball and you wouldn’t think less of him for it. Plus he brought Dan the man back on the scene. For that alone we should all be grateful.

You couldn’t but feel for Limerick as they came up short in the mid nineties. That Limerick team deserved an All Ireland; if for no other reason than Ciaran Carey. His catch, pitch length solo and last minute winning point against Clare in 1996 may never be bettered as a GAA score. They were home and hosed against Offaly in 1994 but somehow ended up getting hammered in the last minutes of the game. Favourites against Wexford in 1996 we looked on as talisman Kirby was injured and Limerick never got going. Their day will come we thought, especially as their under 21’s racked up win after win at the turn of the millennium. And yet still no breakthrough. The thing with Limerick is that you never really know what you are going to get. They can be brilliant for five minutes, and then horrible for ten, they can be unplayable for full matches, yet dire for whole seasons. Ironically, even though the neutrals love Limerick their own fans seem tired of them.  I guess you can’t really blame them. Few counties have served up so much heartbreak down the years.

Controversially high placing for the cats but hear me out. Yes everyone is pure sick of watching Cody in post match interviews praise Wexford or Offaly or Dublin for giving them a serious, serious challenge following a 20 point hammering. Yes we have watched them destroy our own teams year after year. But you have to admire Kilkenny. For almost twenty seasons now they have been producing some of the best players to have ever played the game. They have hammered every team in Ireland at one stage or another. Yet they have never boasted or insulted anyone. They just beat you, shake hands at the final whistle and go home. It is probably only now, as their legends continue to retire with each passing winter that true GAA people are starting to realise exactly how lucky we have been to watch these men play the game. They are the greatest hurling county by far, and that is no reason to hate them.

You could also say this about the Cork team of the early to mid noughties and maybe even Galway for a few seasons, but how many All Irelands would the Tipp team of 2009 – 2014 have won if it wasn’t for Kilkenny? With Lar Corbett and Eoin Kelly at their peak this Tipp team were a joy to watch. They shot the lights out in Munster. Green flags flew like confetti and yet still their feline nemesis always loomed on the horizon. 2010 was to be their only day in the sun, and on that day it was impossible not to feel happy for this proud hurling county and their gifted group of hurlers.

Another county that produces top class, natural hurlers. We all shared the banner emotion when they changed the hurling landscape in 1995. For pure joy that All Ireland will be difficult to surpass. They won again in 1997 but by 1998 they were in decline and to be honest we were all getting a bit sick of them. Ger Loughnane is a fascinating personality but you can only listen to him for so long. The same could be said of current Clare manager Davy Fitz. We like Clare, but maybe just in small doses

Wexford supporters have had very little to sing and dance about in recent years. But that was not the case in 1996. Dancing at the crossroads is the greatest hurling anthem of all time and in many ways captured the energy of the hurling scene in Ireland during the mid nineties. Not alone did Wexford’s win in 96 provide us with the greatest hurling song of all time, it also gave us one of the most iconic hurling images. George O’Connor dropping to his knees to give thanks after landing the Liam McCarthy after seventeen years of unsuccessful toil with his county. Legend.

Joe Canning. Ollie Canning. Two reasons to why Galway deserved an All Ireland. In an era of greats these two stood shoulder to shoulder with any of them. But take these two men away and you are left with an unidentifiable group of hurlers. Their Campbell mutiny last winter did not sit well with too many neutrals and few will shed a tear if they stumble this year.

The People’s Republic has great time for itself. Perhaps that’s why everyone else doesn’t mind when they get beaten. We all looked on with a bit of a grin as this super power of the game fell away. However as with Kilkenny, we only began to appreciate just how great some of Cork’s hurlers really were after they retired. Sean Og, Ben and Jerry, Joe Deane, Brian Corcoran, Diarmuid O’Sullivan, Donal Og; all truly great GAA men. Hurling needs Cork and we all hope to see them back soon. Yes they can be difficult listen to, but hurling is a much duller place without the rebels.

It’s not that Offaly are not liked, it’s just their recent efforts make it quite difficult to have any faith in the Faithful County. While the rest of the country embraced diet and fitness Offaly have been slow to respond. Ger Loughnane (him again!) once said of Offaly “They look like a county living in the Dark Ages. The only team in the modern era where you still see players with fat legs, bellies and arses”.  Whatever about the Offaly team of the modern era, the Offaly team of the mid nineties was a seriously talented outfit. As with Cork the GAA is a poorer place without a strong Offaly hurling side. Let’s hope the county unearths a new generation of Whelahans, Dooleys, Troys and Pilkingtons soon.

To Sweep Or Not To Sweep? The Big Question For McGrath...