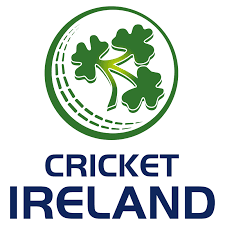 Ireland have qualified for this year’s T20 World Cup in Australia following their win over Oman in their qualifying semi-final in Al Amerat.
Ireland won by 56 runs with Gareth Delaney the top scorer on 47 runs.
They made 165 for seven from their 20 overs, and hosts Oman were bowled out for 109 with nine balls remaining.
Simi Singh was the pick of the Ireland bowling attack, his off-spin again proving effective on the Oman pitches as he claimed figures of three for 20 from 3.3 overs.
Ireland secured top spot in their group with wins over Germany and Bahrain, they suffered a defeat to the United Arab Emirates. The UAE also qualified for the T20 World Cup following a 68-run win over Nepal in the first semi-final on Tuesday.
After the game captain Andrew Balbirnie said: “I think our determination got us there today. We knew at the start of the week we needed to win three games, and we’ve got better every match – and that’s what you need to do in tournament cricket.
“Our T20 cricket has been inconsistent, and to win three matches in a row we knew we’d have to be at our best – we managed to do that, and that was probably our best all-round performance.
“We lost a few early wickets, but Gareth Delany and Harry Tector’s partnership was world class. What impressed me was that they came out firing from ball one and didn’t just take their time to assess conditions – we’ve encouraged the batting group to ‘back yourself and back your shots from the start’, and they did that today.”

Tuilagi and Cowan-Dickie not included in England’s training camp