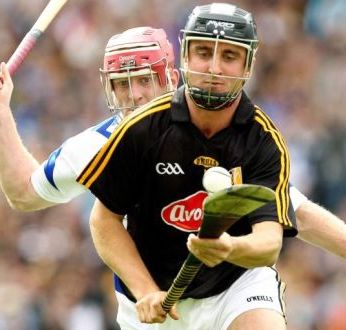 Tipperary’s muted displays en route to this year’s Munster final may have had fans and analysts questioning their desire and ability to launch a proper attack on this year championship but they certainly got their answers yesterday. After a first half game of cat and mouse leading by a mere 2 points 1.07 to 0.08 Tipp exploded from the traps in the second half to demolish a hapless and dysfunctional Waterford, outscoring them 4.12 to 4 points.

Waterford (who entered the pitch a mind boggling 35 minutes before throw in), seemed like a team intent on upsetting the form books by defeating Tipp in a Munster final, only previously achieved in ’63 and ’02. Wind assisted, Patrick Curran pointed in the first minute, Kevin Moran made endless runs into the heart of his defence, lending support while carrying ball up to the forwards. Pauric Mahony split the posts at every given opportunity and Austin Gleeson showed why he’s the best bar none at knocking over side-lines.

Tipp on the other hand bore a frustrated look as time and time again deliveries aimed at Seamus Callanan ended up with sweeper Tadgh De Burca. Their point scoring from play abandoned them, not helped by the atrocious conditions and they relied heavily on the dead ball accuracy of Callanan. However once John McGrath pounced on a rare Stephen O Keefe mistake to gift Tipp a goal you could see they smelled blood. Bonnar Maher was denied moments later by a last ditch goal line clearance and as the half wore on Waterford retreated further and further back leading to a 20 minute barren spell. At one spell in the half Maurice Shanahan stood a lonely figure up front along with 5 Tipp defenders. This in turn led to Waterford over playing the ball in the middle third, giving 10 yard lateral passes until Tipp swallowed them up and went on the attack again.

A team playing a sweeper can sometimes be best described as an out of their depth boxer sitting on the ropes, soaking up the punches, hoping and waiting for the moment the opponent tires and you offload the deadly knockout blow. For this system to work, you cannot concede goals. Deep down you know your 5 forwards will find it difficult to recoup that loss. In Waterford’s 5 previous championship outings they had only managed 1 goal so already going into the second half facing a stern breeze they knew the concession of another would be fatal. In an 8 minute spell Tipp ripped Waterford apart a further 3 times; John McGrath completing his hat trick either side of a Michael Breen bullet. Callanans Injury woes vanished as he struck 1.06 to complete an impressive 1.11 total.

Over the past two seasons Waterford has no doubt become the emerging force in the country. They have contested 4 finals in 14 months and blooded a stock of underage stars. However huge pressure will now turn to Derek McGrath and his management team. They have often been compared to the Donegal team of ’11 who in their first season achieved success through their very defensive system before developing the attacking element and gaining the ultimate victory a year later in ’12. For Waterford however they now have lost 3 finals in a row and even with Tipperary piercing holes in their “defence” the management stuck rigidly to the system despite falling 20 points behind mid-way through the second half. In the post-match interview McGrath suggested that Waterford hadn’t played with a sweeper for the first 15 or the last 25 minutes. If that’s the case the memo never reached Tadgh De Burca. The familiar site of Dan the Man bounding up and down the line in his shorts and baseball cap disappeared as the game wore on and management seemed to run out of ideas. What made the situation worse was the exit of their usual dependable leaders – Connors, Gleeson, Walsh and Shanahan. Having faith in a system is commendable but sticking to it no matter what the score or circumstances is feebleminded.  They now face a resurgent Wexford team who as recent history shows will not fear them. They should take this opportunity to at least let the team express themselves 15 on 15 because if they win a meeting with Kilkenny is inevitable. And what’s even more a certainty is that like Tipperary, Kilkenny will threaten and breech their cover forcing them into a Plan B.

For Tipp the hype train will be in full swing today and be at full power come semi-final time in 5 weeks. Confidence must surely be high with Michael Ryan’s retaining of the Munster cup. Added to this his team possess an extra steel in defence. In their 3 games so far they have conceded a meagre 13 points twice, plus 1.16 despite playing the majority of the game with 14 men. Breen and Maher look like the only force capable of standing up to Kilkenny’s midfield dynamos while upfront the sextets performance will have the managements heads scratching as to where to fit Bubbles back in.

The championship may be lacking in dog eat dog, nail biting battles thus far but with the knock out stage now in full swing and the death of the sweeper hopefully approaching let’s pray the best is yet to come.

WEXFORD VICTORY MARKS THEM OUT AS REAL CONTENDERS