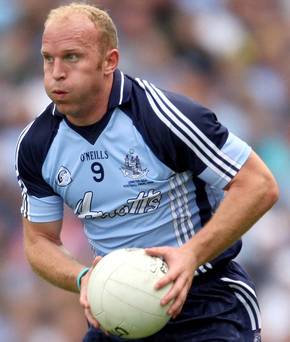 We are delighted to announce that former Dublin hurler and footballer Shane Ryan has joined the Sportstalk team. Shane won 6 Leinster Senior football titles with Dublin and one All Star. He also won 1 National Hurling League title with the Dubs.  Shane will write previews for the main football games and provide a review after the weekend games.  Please feel free to comment in the section below the article whether you agree or disagree with Shane.

It’d be very difficult to find anyone who gives Westmeath much of a hope for Sunday, outside of their own squad. According to most people this result is about as certain as you can get in a final, with Dublin expected to romp home with another big victory. I’d find it very difficult to disagree with that to be honest. Two groups who certainly won’t be buying into that script will be both sets of players. Westmeath have done fabulously to have reached their second final in a row, and they now find themselves leading the charge to close the gap between Dublin and the rest of the Leinster counties. But to be fair to Westmeath this would probably have been a realistic target at the start of the year, and they’ve now been rewarded with another crack at dethroning Dublin so they won’t let it go easily. I expect them to throw the kitchen sink at Dublin and give everything they have for as long as they can.

Dublin on the other hand didn’t win 10 out of the last 11 Leinsters by underestimating opponents, and it’s for this reason that I’d worry for Westmeath on Sunday. As All-Ireland champions Dublin will undoubtedly have the ultimate goal of retaining Sam, but silverware is silverware and they will still want to win this one. This game will most likely go the way everyone is expecting and whatever magnificent effort Westmeath can summon this Sunday, I can’t see them staying with Dublin for the full 70 odd minutes. I feel that whatever they do, and however well they do it, Dublin’s power, pace and ridiculous bench will eventually break it down and pull away.

This one will be a very intriguing battle, and a very hard one to call. Tyrone very nearly got caught by Cavan in their semi-final, but saw them off easily enough in the replay, and have the look of a team on a serious mission this year. They are a team with a huge amount of pace, and can turn defence into attack in a flash, which Cavan and Derry before them discovered the hard way. They are playing with confidence and, the first Cavan match aside, are improving with every game. However, Donegal are a very different proposition than either of those 2 counties.

While Tyrone haven’t even contested a final since 2010, Donegal have won 3, plus an All Ireland. Donegal still have a lot of bite, experience and are full of quality footballers. The way they set themselves up they are equally as good as Tyrone on the counter attack. Plus they have had 2 very tough games against Monaghan, notwithstanding what happened to them against Longford. However while recent history would point towards a Donegal victory on Sunday, Mickey Harte is a shrewd operator, and with the players at his disposal this year, I think Tyrone will show they are back in the big time and win their first Ulster title in 6 years, although I expect it to be extremely close right to the end. They are both two extremely tough teams and whoever doesn’t win this one will probably still have a big say in the rest of the championship, and will be best avoided in the draw next Monday.

This replay will I think be just as hard to call as the Ulster final. And with a bit of luck, weather permitting, hopefully at least one of the teams goes out to win it this time!! Before the drawn match I would’ve said this pairing has great potential. With Mayo out of the picture it seemed like it was a toss up between 2 teams on the rise. Galway has always produced quality footballers, and they showed themselves in their semi final victory over Mayo. Roscommon likewise have shown some great form this year, with a great run in the league, beating Donegal, Down, Cork and Kerry. While they stuttered against Sligo, like Galway they deserve to be in the final. The drawn match showed an unfortunate side to both teams however.

I know the weather was atrocious, but at some point in a match you have to go for some scores and it seemed that for long periods both Roscommon and Galway did their best to avoid getting any. Despite this apparent lack of ambition, and while it might look like patience paid off for them in winning the last free, in the end I think Roscommon were lucky to draw, and will be very thankful to have another go at it on Sunday. Overall I still think they are two very even teams, both with a lot of young talent who will benefit hugely from big game experience last week, but I think the higher level Roscommon played at in division 1 this year, along with a stronger bench, will edge it for them. I thought Roscommon would win last week and I’m going to stick with that.

Football Championship Preview-Dubs to complete 4 in a row