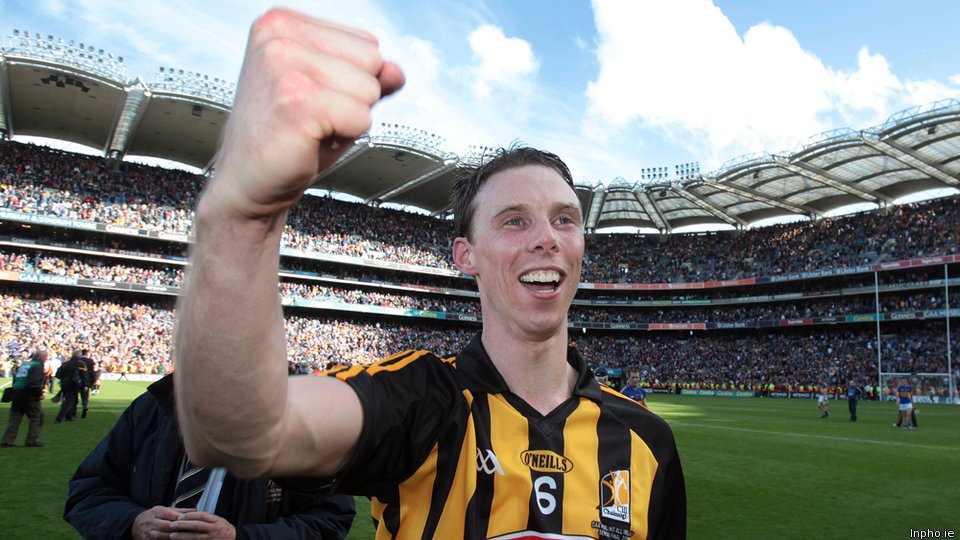 If you could sign 3 players from other counties to play for Kilkenny, who would you sign and why?

Tony Kelly – just an exceptional talent on his day.

Joe Canning – Again he’s just a potential game winner and I think we would see the best from him in stable set-up like Kilkenny.

Brendan Maher – great attitude and a great competitor. Just goes about his business be it in midfield, half back or half forward with little fuss but with huge work rate.

There has been a lot of talk in the media recently about player burnout, a GAA calendar that is unfair on clubs, getting rid of the under 21 competitions, combining the League and Championship to shorten the year for inter-county players etc What are your opinions on all this and what changes would you suggest to the structure of the GAA calendar?

I definitely feel that player burnout is a huge concern amongst the 17-21 year olds. Luckily in Kilkenny common sense tends to prevail more often than not but I think too much is left to the players to decide and hence they are put under pressure from managers. Croke Park needs to put the rules in place and enforce them otherwise players will always play every game due to the pressure put on them.

Without going into detail on everything, I agree with the recent recommendations to Central Council that the minor grade should be replaced by an U-17 championship and the u-21’s by an u-20’s.

Fitzgibbon players should not be allowed to train with county teams until they have finished college competitions.

The club/county situation needs to be addressed also. I think in Kilkenny we have a set-up that is as good as is out there but we’re all aware of situations where counties knocked out of championships in July still can’t have their club championship complete by September or where no club match is played for the summer because the county manager won’t release them. This is ridiculous and needs to be tackled.

The county season could certainly be shortened. In addition to this if a county has any more than 3 weeks between matches they must release players back to clubs for a week. Counties should not be allowed to suspend club matches for the summer. This could be done by reviewing the fixture calendars at provincial level under guidance from Croke Park.

Again Croke Park need to take the lead as there are too many vested interests at county and provincial level.

Is the general standard of hurling improving or getting worse?

It’s definitely improving. You just have to look at matches in 80/90’s compared to now. I think that the games are faster now, the players are fitter & in general they’re more skillful now.

Favourite song to listen to before a match: Lets Go – Calvin Harris

3 young players from your club to watch out for in the future: Huw Lawlor, Paddy Deegan and Sean Bolger

3 things you would bring with you to a deserted island: Hurl, ball & iPad (has all my music)

Medal you most cherish in hurling: 2001 county final medal/2011 All Ireland (can’t decide)

What did you love most abut been an inter-county hurler: Team-mates

What did you dislike most about been an inter-county hurler: Impact on friends and family

If you could be someone else for one day who would you be: Tom Brady

Other sports you have played: Soccer

3 people you would like to go to dinner with: Conor McGregor, Odell Beckham & Barack Obama

What age do you think you will retire from club hurling: When I feel my body can’t do what my mind wants it to do.