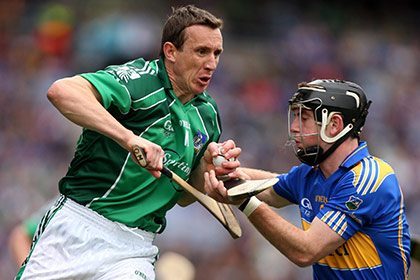 The first quarter final pits neighbours Waterford and Wexford against one another. Traditionally there is nothing between them – indeed Wexford had bragging rights when they last met in 2014.

“While their method of play may not always please hurling traditionalists, it has been very effective in turning their fortunes around since that Wexford defeat in 2014”

Waterford will be looking to atone for their dismal Munster Final showing where Tipperary dismissed them with considerable ease. Much speculation will revolve around whether they stick to their defensive system or if they will revert to a more orthodox attacking formation. I’m of the opinion that the hammering from Tipp had as much to do with individual off days on a grand scale, rather than a “systems” failure. It is doubtful that key performers like Austin Gleeson, Brick Walsh, and Pauric Mahony will be as off-colour this Sunday. While their method of play may not always please hurling traditionalists, it has been very effective in turning their fortunes around since that Wexford defeat in 2014. However, they will have to be more direct in their distribution to their forwards, and avoid running the ball into cul de sacs like they did on so many occasions against Tipp. They will also have to test the Wexford full back line and goalkeeper more if they are to progress.

Wexford have generated much needed momentum since their championship opener against Dublin in June. Lee Chin has been the catalyst more so than any other Wexford player. He brings raw physicality, pace and presence to the Wexford forward unit, that has allowed Conor McDonald, Liam Og McGovern and rookie David Dunne to influence games far more. What was also noticeable in their last round victory over Cork was the dominance of their half back line, especially in the last 15 minutes. The challenge for Liam Dunne & co will be to re-produce that passion and fearlessness that Wexford teams have thrived on in the past. In their last quarter final 2 years ago at the same venue ( against Limerick ) they were comprehensively beaten and were extremely flat on the day. Dunne will want to avoid a similar performance and will be looking for his charges to ask the hard questions of Waterford from the get-go and test their confidence.

However, I think it will take a huge performance for them to break down the Waterford rearguard who will hope to resume normal service. They could be on the receiving end of a Deise backlash, especially if their recent U21 success v Clare is anything to go by. For me, it’s Waterford by 7 points.