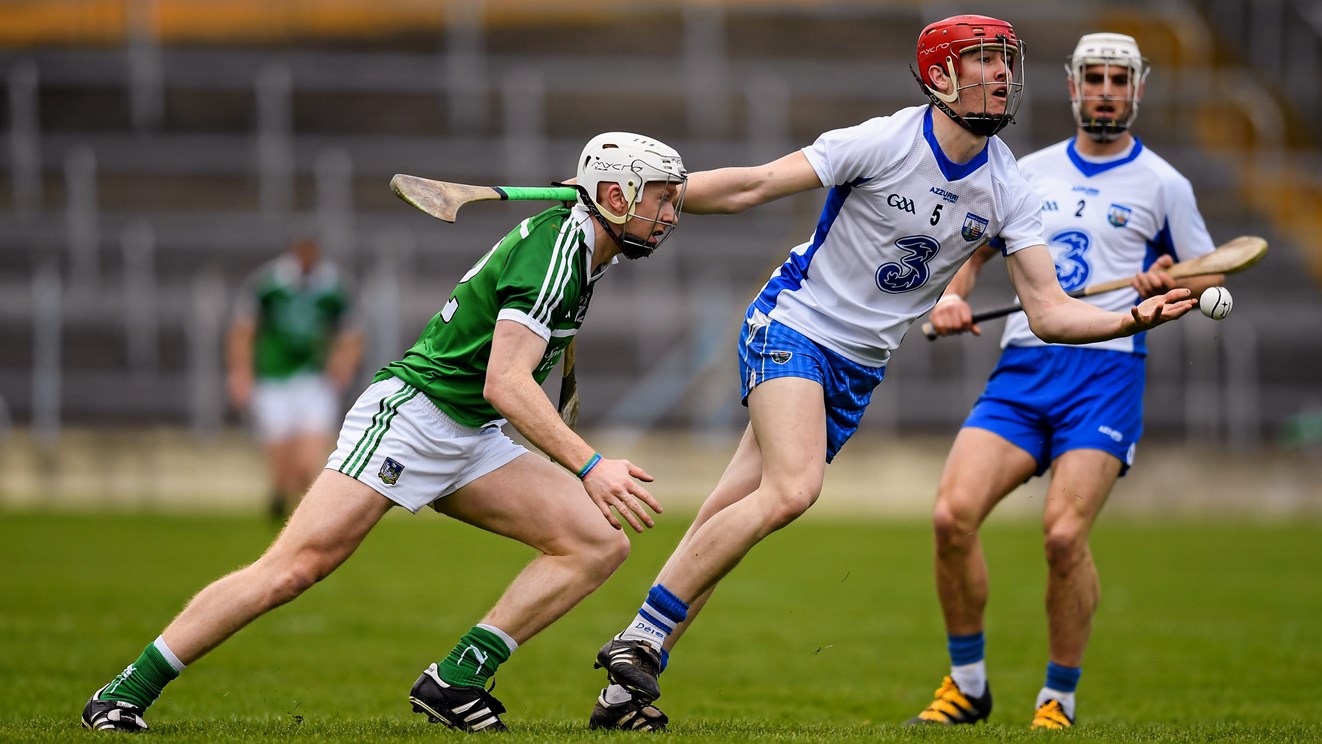 When are teams going to see the light and realise that a sweeper system has more of a negative impact than positive impact on your team. Clare have persisted with a sweeper system since 2012/13. They won an All-Ireland in 2013 using Pat Donnellan as a sweeper but they did not beat Kilkenny or Tipperary on the way to that title. Even with a sweeper they still conceded 3-16 in both All-Ireland finals of that year against Cork. Clare’s record since then in the championship has been very poor, they have only recorded wins against Laois twice, Offaly and a Limerick team that has been poor all year. Yet they have persisted with a sweeper in game after game. Even during their defeat to Galway they failed to change their set up. They were 10 points down in the second half and yet continued to play 2 forwards against 3 backs inside. Shane O Donnell is a good hurler, but he has two defenders around him all the time. Surely this is not the best way to utilise him. It worked before as they could create space but other teams know the Clare set up and now keep their extra player back too. If I was a Clare forward I would be very unhappy in this set up. Why are club teams all over the Country also copying the sweeper system? What success has it had in the past that so many teams feel the need to copy it? I was at an U14 club game recently and both teams had a sweeper. Will there be an all-star award in years to come? Yes, Clare won one All-Ireland using a sweeper but how many All-Ireland’s were won without one.

Why are teams not looking at what Kilkenny are doing more closely? They have won 11 out of the last 16 All Ireland’s and yet have never employed a sweeper. How can a team beat Kilkenny if they go with 2 forwards against 3 backs in the inside forward line? You need to score goals against Kilkenny to beat them. The evidence is there – 2005 All Ireland semi-final against Galway, they conceded 5. 2010 All Ireland final against Tipperary they conceded 4. Galway scored 2 goals in the Leinster final defeat of the cats in 2012.  I know people will say you can’t beat Kilkenny at their own game but the teams above have done so.

I like this Waterford team, they have some fabulous hurlers. I know they used to ship a lot of goals in the past and felt a need to employ a sweeper to limit the amount of goals they concede, however they still conceded 5 against Tipp in the Munster final. Waterford would still have beaten Wexford in the quarter final whether they used a sweeper or not because they simply have better hurlers. Austin Gleeson is a huge talent but surely he has to be pulled to one side in training this week and be told not to keep shooting from crazy angles. He had 9 wides in total, that’s shocking and won’t be good enough against teams like Kilkenny. The scores he did score he was much closer to the goal and he was very effective when he carried the ball. He needs to stop the pot shots from 100 yards. Derek McGrath said after the game that the word sweeper has never been mentioned in the Waterford dressing room! They must have a new name for it, otherwise where does Tadhg De Burca play?

Kilkenny do have a defensive approach at times. Eoin Larkin roams out from corner forward tom play as an extra half forward to create space inside, while the wing forwards will drop deep and Conor Fogarty will drop back into the half back line at times. They defend as a team and attack as a team.  In last years All Ireland it was evident in the second half, that Kilkenny dropped their players much deeper. I really think if Waterford did this they could beat Kilkenny in the semi-final. Kilkenny are fortunate in that they have forwards who can win their own ball in the air. Why don’t teams spend time in training on improving player’s aerial ability, instead of coming up with systems that only look good in principle. There are club managers all over the country employing sweepers now as they feel it makes them look good. Players spend so much time in training spraying the perfect ball around but when they meet the Kilkenny and Tipp sides they are not able for the physical approach that both these sides bring. I know teams like Clare and Waterford put so much time and effort into training, the players are putting their livers on hold for their counties. When things are going well the system will work but the problems occur when it starts to go wrong and the players can’t adapt. Waterford in the Munster final, Clare against Galway. They are so embedded in the team tactics that there is no scope for the player to adapt to the necessary situations in different games.

The only good hurling game over the last two years has been Galway v Tipperary in the All-Ireland semi-final last year. I can’t remember any other game that stands out. Players spend so many hours in the gym these days but most of the time it is not even needed in a game. The keeper pucks to the corner back, he taps it to the sweeper who hits it to a midfielder who in turn has a shot from 100 yards at the goal. There is very little physicality in the games anymore bar when teams like Kilkenny, Galway and Tipperary meet. People can say the sweeper system is not having a negative effect on games but it clearly is. The teams who play the sweeper are not scoring goals and hence are not beating the teams at the top.

I think a sweeper system may have worked a few years ago as it may have caught teams out by the element of surprise but nowadays all teams are ready for it. At the weekend a Donegal football game ended 0-3 to 0-2. I know its football but hurling seems to be heading the same way with teams preferring to keep their oppositions score low rather than trying to score freely at the other end.

I think Clare would benefit from hurling with freedom – not having a system that controls players. Tony Kelly, Colm Galvin, Shane O Donnell are as good as any young hurlers in the country. I’d love to see them hurl with freedom and cut loose. Davy Fitz is a great hurling man, but if he stays on he needs to change his tactics.  Only over 30000 turned up to Semple Stadium for the quarter finals. 4 teams playing. That is shocking. The attendances are getting lower and lower as supporters feel they are not getting value for money in terms of entertainment. If I was Derek McGrath, I would man mark Richie Hogan and TJ Reid against Kilkenny and have the two midfielders dropping back as much as possible but keep 3 players inside and have a go at Kilkenny. Last year Waterford were 6 points down with 5 minutes to go and still utilised De Burca in front of the full back-line. I have a funny feeling Waterford might be more adventurous this time against Kilkenny – I really hope so as hurling badly needs two good semi-finals and final.

Everything goes in cycles, in the early 2000’s it was the possession game that Cork employed that was been tried and tested by teams all over the country. It isn’t used as much nowadays although its not totally extinct. I for one hope the sweeper system comes to an end, and we can get back to the man on man battles and also to see the umpire raising the green flag on a more frequent basis!

Hurler on the Ditch