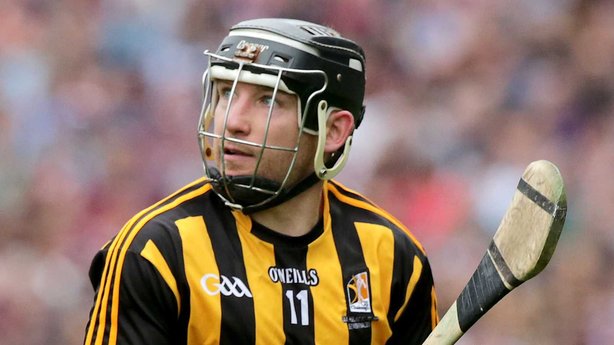 Q.1 Who is the best person you follow on Twitter?
Ans.1 Yann Le Meur, he gives a great inside into sports performance and backs it up with some studies.
Q. 2, What was your happiest memory in sport?
Ans. 2, 2012 senior club relegation final, scoring a penalty on David Herity, we won by a point.
Q. 3, Have you any regrets in your sporting career so far?
Ans. 3, Slagging Henry Shefflin about his red hair a few years ago, he didn’t pass me a ball for 2 years after.
Q. 4, What’s your idea of the best kind of team bonding?
Ans. 4, Has to be a drinking session, that’s when the younger lads get a bit of confidence and push their weight around, always good for team spirit.
Q. 5, Has hurling gone too tactical?
Ans. 5, Not in Kilkenny anyway, we don’t do tactics 😉
Q. 6, What part of training or games to you dislike most?
Ans. 6, Recovery sessions!
Q. 7, What makes a good coach?
Ans. 7, Someone who knows what he is talking about, and someone who brings a bit of common sense to the game.
Q. 8, How would you like to be remembered?
Ans. 8, Left the jersey in a better place from when I got it.
Q. 9, What attributes separates inter county players from club players?
Ans. 9, They are more naturally talented, and probably work harder on their own outside of training.
Q. 10. Can you tell us one random fact about yourself?
Ans. 10, I was born on the 8/8/88 at 8 o clock weighing 8lbs 8oz. I got a silver spoon from the Queen as her granddaughter was born on the same day.
Q. 11, Have you a motto to live by?
Ans. 11, Motto’s and superstitions are for the weak.
Q. 12, What’s the best advice anyone has given you?
Ans. 12,  “When they run at you, you run the other way” My grandmother, simple but effective.
Q. 13, Name any 3 celebs you’d invite to dinner dead or alive?
Ans. 13, Tiger Woods, to see what’s gone wrong in the last 8 yrs., Elin Nordegren (ex-wife), just to see if anything will kick off between those two and Ryan Giggs to see how long it will take him to try it on with Tigers wife.
Q. 14, If there was a transfer market who would you buy?
Ans. 14, Austin Gleeson.
Q. 15, Do you have any superstitions ?
Ans. 15, Superstitions are for the weak!
Q. 16, Who are your best friends on the panel?
Ans. 16, TJ Reid and Paul Murphy.
Q. 17, Who is the best/worst trainer on your panel?
Ans. 17, Best trainer = Eoin Murphy
Worst trainer – Attendance = Mick Fennelly is never there, sometimes Brian has to tell him the Leinster Final is changed to Wednesday night so he will come in.
Atmosphere – Eoin Larkin is always giving out and whinging about something.
Q. 18, Who is the joker in the group?
Ans. 18, Joker is Colin Fennelly, you can always rely on him to take a good slagging during the match from the crowd and after the match from us.
Q. 19, What’s the biggest sacrifice you’ve made because of your county involvement?
Ans. 19, I was the original selection for Tyrian Lannister in Game of Thrones, but I couldn’t get the time off training!
Q. 20, Who on your panel is most likely going to be a future manager, millionaire or be in media ?
Ans. 20, Manager – Colin Fennelly (Does McDonalds count?)
MIllionaire – TJ Reid is already a millionaire as he refuses to spend any money ever, he would peel an orange in his pocket.
Media – Eoin Larkin, his interviews are always insightful.