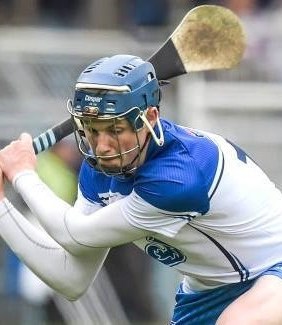 Where do you start when you try to review a game like we had yesterday between Kilkenny and Waterford? I am going to start with the players and say well done on serving up a fantastic game of hurling. The skill levels and commitment were superb and at least both sets of players will have a second day at it. If people needed confirmation that the GPA deal with the GAA is good business, then the players of Waterford and Kilkenny served up notice the players at all levels are what’s important.

Waterford did what every neutral was hoping they would do and went at Kilkenny and the match itself from the word go. They were playing with more freedom than previous matches this Summer yet still showed ferocious intensity. Some of the point taking was fantastic from both sides – Austin Gleeson, Richie Hogan and Pauric Mahony to name a few. Unfortunately, when it came down the home straight, Waterford’s Achilles heel from this season came back to haunt them – wides. They had 5 in the last ten minutes. But if that is to be the only negative they have, they are in a great place going into the replay.

That game will stand to them more than any training session. We often hear Brian Cody talk about semi-finals and finals being ‘savage’ and he got one yesterday. While their strength in depth may not be what it was a couple of years ago, Kilkenny now know the best that Waterford have to throw at them and can plan accordingly. Given that Michael Fennelly is on a limited training regime, a second game in 6 days might show as the replay ticks into the second half next week. Brian Cody will be hoping that he has one big game in him to get Kilkenny over the line.

The equalising point from Kilkenny was the best score of the game for me. Given that 70 odd minutes had been played, Eoin Murphy had the coolness to analyse all that was in front of him. It’s like as if he knew it was the games pivotal moment. If I recall correctly, he played Joey Holden who passed to Paul Murphy. From there it went to Conor Fogarty who executed a brilliant point. Kilkenny may not do tactics and more often than not they hit the ball long up the field, but in that moment we saw why Kilkenny have been champions on many occasions.

The only disappointing thing is that we had to wait until the first All-Ireland semi-final to get a game of hurling. More of the same next Saturday and Sunday please.

Read our in depth analysis of O’Loughlin Gaels Vs Oulart the...

Lessons For Every Team After The League Semi-Finals