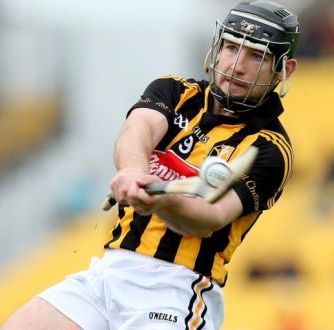 Finally – a game to savour. Last Sunday’s meeting of Kilkenny and Waterford ignited the hurling season into life. It was a rip-roaring contest from first whistle to last. It had everything the hurling supporter could ask for – fantastic scores, raw physicality, high fielding par excellence, numerous virtuoso performances, and some controversy thrown in for extra spice in the form of Hawk Eye.

Hats off to Derek McGrath for a number of tactical interventions. First of all, his decision to press up on Kilkenny reaped handsome dividends. The handbrake was let off on his immensely talented group and they repaid his faith in spades. The half forward combination of Pauric Mahony, Austin Gleeson and Brick Walsh were immense all through. They completely dominated that sector of the field, especially under the puck out, where Kilkenny normally hold a monopoly. That line alone scored 9 points from play and must have had a direct involvement in most if not all of their other scores. The Kilkenny midfield and attack struggled to cope with the pressure game imposed on them by Waterford’s relentless work rate. They were turned over at an alarming rate, and often looked lethargic in possession. Were it not for Richie Hogan, they would most definitely have been beaten. Not only did he contribute 4 sublime points from play, but also engineered another 4 points from crucial frees in the second half, when they were struggling to keep touch with the Deise. But when all is said and done, you can only admire their resilience in coming back from the dead with Walter Walsh’s last gasp goal, and then Conor Fogarty’s monster equaliser. Any other team might have given up the ghost, but true to their indomitable spirit, they kept plugging away, even when the chips were down. With 5 minutes to go, I felt Waterford were home and hosed, such was their supremacy all over the field. Critically through, they couldn’t get that 4 point cushion they needed, and also they had begun to retreat into a defensive shell. Which brings us to our good friend Hawkeye. I happened to meet Dickie Murphy coming out of Croke Park and the topic of Kevin Moran’s 67th minute point that “never was” came up for discussion. For those who don’t know, it is Dickie who is the GAA’s eye in the sky and ultimately makes the call on the use of Hawkeye. It was he who correctly instructed referee James Owens to use the much talked about technology, after the score had been awarded in real time. The score was subsequently disallowed. Just then a Kilkenny supporter happened to make a bee line in our direction. He greeted Dickie like a long lost relative, and thanked him profusely for his intervention. No doubt Dickie was the most popular Wexford man in Kilkenny last Sunday evening.

I’m delighted the replay is going to Thurles this Saturday evening. The town will be buzzing and the proposed re fixing of the All Ireland Camogie semi finals to that venue is sure to give the girls a well-deserved full house to display their skills. Replays rarely follow the same narrative as a drawn game. Waterford were visibly despondent after the final whistle – they know they had Kilkenny beaten all ends up but couldn’t put them away. The Cats as we know only too well rarely give second chances. I can’t see so many of their marquee players having another off day. They will look to regain superiority over that critical  middle third sector and resume normal service upfront.

Waiting them on the other side of the draw are Tipperary and Galway in the weekend’s other semi-final. While Tipp are slight favourites on the strength of their procession through Munster, they will be acutely aware of the Tribesmen’s derailing of their All Ireland dreams in 2015. While that was undoubtedly the game of last year, Tipp will look to atone for that blip. They have developed a far stronger spine to their team in the meantime, and are playing the game with far more of their traditional physicality. In Ronan Maher, Michael Breen, Seamus Kennedy and John McGrath, they have unearthed players of real substance who have come of age this year. Of course they have the big names also with Bubbles O’ Dwyer also back in the mix following his earlier suspension. Galway will relish the challenge though – they were very emphatic in their victory over Clare in the quarter final and have developed a really good dynamic to their play. Their backs will be far better than what Tipp will have met this year, and their forward unit have an excellent combination of aerial ability and pace. However, the midfield battle will be the best barometer of how this game will tilt. Brendan Maher and the afore mentioned Michael Breen have been in imperious form all year. They have gelled really well – Maher cleaning up in a defensive role, while Breen (in a more attacking role) has already scored 3-2 in the championship so far. But they will have to contend with Johnny Coen and Joe Canning who were formidable in the Clare game.. That said, I think Tipp will not be as over reliant on Seamie Callanan this year, and have the defence to cope with Galway’s attacking threat. If it comes close to last year’s meeting, then we are in for another treat.

“When are teams going to see the light and realise that...