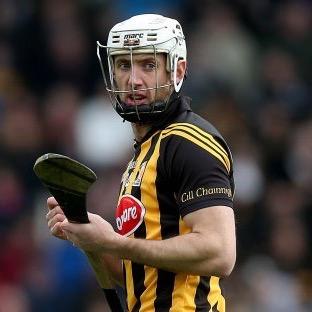 Bad news  for Kilkenny fans as Michael Fennelly has confirmed that he will be out for up to 6 months with a ruptured achilles tendon. Michael confirmed the news last night to Sportstalk.

He was stretchered off against Waterford last Sunday. He received a standing ovation from both sets of fans which highlights the level of respect held for the Ballyhale man.

One of the first names on the Kilkenny team when fit, Fennelly’s absence will mean Brian Cody will have to rearrange things further for the final against Tipp, having already re-jigged his lineup for the Waterford replay. The training sessions in Nowlan Park are sure to be intense for the All Ireland build up with starting places up for grabs.

One of the best hurlers in the country. We wish him a speedy recovery.

Hurling Review: Loais punch up 1:30 to retain Division 1B status