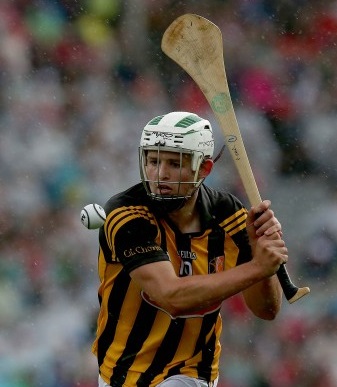 “Better late than never” as the saying goes. The hurling season might have taken it’s time to get off the ground but boy did it explode last weekend.

Kilkenny proved, as if they needed to, that a wounded cat is a dangerous one. Brian Cody re-arranged his troops and yet again came out on the winning side. His ability to introduce unknowns in the heat of battle is uncanny  – this time it was the turn of Liam Blanchfield who scored 3 excellent points and made the all-important catch to set up TJ Reid’s pointed free to put Kilkenny a point up, with the game in the melting pot. Any other manager would place their faith in the tried and trusted, but Cody is a different animal. His decision to load his midfield with the afore mentioned Reid and Richie Hogan resulted in them bossing the exchanges around the middle third. That effectively provided the platform for Kilkenny to launch attacks that they didn’t have in the first game. The main beneficiaries were Walter Walsh who put in a huge shift and Man of The Match Colin Fennelly, who had without doubt his best game of the season. But for me, the main men in Black and Amber were Padraig Walsh, Mick Fennelly and Richie Hogan. They stepped up to the plate in a huge way and were inspirational in every sense of the word. Fennelly’s loss due to an Achilles injury late in the game leaves a massive void in the Kilkenny team for the All Ireland Final.

As a neutral, this was a fantastic spectacle – the first 20 minutes especially were up there with anything that was ever produced in the past. The lightning pace, the big hits, the speed of touch and limb, the outrageous high fielding – it had it all. There was an electric atmosphere in Semple Stadium that I haven’t experienced for quite a while.

Kilkenny were the better team all through but uncharacteristically left Waterford in the game due to a combination of poor finishing and concession of soft frees. It was heartbreak again for Waterford who must surely be asking what they have to do to break their All Ireland semi final hoodoo. They have proved that they are a potent force when they play with the raw abandon they showed over the last 2 weekends. In Austin Gleeson, they have one of the  most precocious talents evert to grace a hurling field. He will be the driving force for this Waterford team for the next 5 – 10 years, but he must learn that he can’t do everything himself and teams will force him into cul de sacs unless he gets the head up and uses the support players around him.

Tipp and Galway for their part also served up a gripping contest on Sunday. Like Waterford, Galway will be extremely disappointed that they were on the wrong side of the result. If anything, they were the better team in most sectors of the field for most of the game. Their backs continued their excellent form from the Clare game and Tipp struggled to get any real momentum going. Indeed 4 of their starting forwards failed to score from play, with only the 2 McGrath brothers accounting for a relatively paltry return of 1-04 between them. Having said that, the work rate of their forward unit was top class, especially Bonner Maher and Dan McCormack. I felt that Galway had become rudderless up front with about 15 minutes to go, and the Tipp backline began to dominate possession. Critically, momentum then swung back to the Premier. It was inevitable that Bubbles O’ Dwyer should be the man to turn the game in Tipp’s favour with a goal of real class. He was ably helped by the younger of the McGrath’s whose goal proved to be the decisive score.

Galway will feel that the hurling gods did not look kindly on them. Adrian Tuohy departed the scene with a broken elbow, after having another excellent game. But in particular, the loss of their talisman Joe Canning at half time was huge. He has really blossomed into the role of playmaker over the last 2 games. His absence was all the more evident in the last quarter of an hour when they needed somebody to get their hands on the ball up front and retain their composure. The game was theirs for the taking but they just couldn’t see it out. However, they will take huge positives from the game. Daithi Burke was unbreakable at full back – in my mind the Man of the Match. While his skill levels and athleticism are top class, it is his ability to man mark which singles him out as the best defender in the country this year. They have brought back the traditional Galway physicality allied to their high skill levels. They have a relatively young group and seem to be a far more cohesive and unified group under Michael Donoghue.  But like Waterford, they need to overcome the psychological barriers they face at the latter stages of the championship.

Tipp will be delighted at getting through this game, which was without doubt their toughest all year. They were under pressure in a lot of areas but showed great resolve to come out on the right side of a 1 point victory. 12 months previously they were pilloried for their apparent lack of fight against the same opposition, yet still only lost by a point. The margins between winning and losing are so small but the consequences of the end result are massive. If anything, the margin of their victory will dampen expectations in Tipp, which will be music to Michael Ryan’s ears. They will get huge benefit from successfully navigating the All-Ireland semi-final hurdle –  the first Munster champions to do so since 2011. It sets up the ultimate showdown between the game’s 2 main protagonists. The next few weeks should be interesting!

Behind the scenes of Portumna hurling – Pride of the Parish