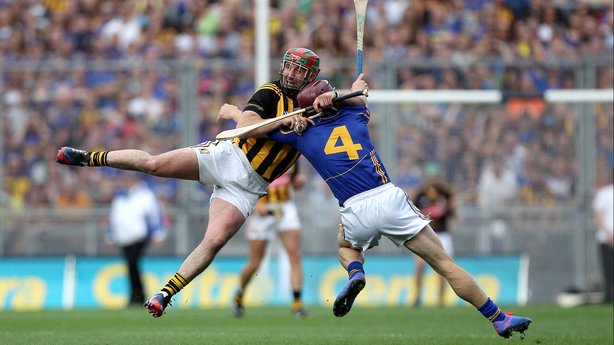 Like two big gun slingers, Kilkenny and Tipp roll into town in this year’s All-Ireland Final for what is sure to be the ultimate shoot-out. Leaving aside any inter-county bias, this is the final that everyone wanted. They have undoubtedly been the two greatest teams of their generation – the John McEnroe and Jimmy Connors of the hurling world. They bring the absolute best out in one another, and their battles, especially 2009 and 2014, already hold legendary status. In any other era, this Tipperary team would have amassed at least 3 more All-Irelands, instead of their solitary win in 2010, when they halted the elusive 5 in a row ambitions of their illustrious feline neighbours. Kilkenny ,however, have proven to be their arch nemesis on every occasion since. Will this Sunday be any different? Nobody can say for sure – even the bookies don’t know what way to turn, offering odds of 10/11 on both teams, surely a first for an All-Ireland final. Do they think that the Cats are at the end of the road, or that Tipp may not have that little bit extra to finally triumph? So before you part with your hard earned cash, here’s a neutral’s guide to the how next Sunday’s decider may be won or lost.

Kilkenny for their part breezed through their opening game against Dublin, and did what they had to do against Galway (in no small part thanks to the half time introduction of Richie Hogan). But even the most partisan of Kilkenny supporters will admit that they were out of sorts, and eventually got out of jail, against a revitalised Waterford team in the drawn All-Ireland semi-final, thanks to an opportunist Walter Walsh goal on the stroke of full time. But once again, a combination of Brian Cody magic and a display of steely determination, saw them triumph over their south eastern neighbour in the Game of the Year, a memorable replay in Thurles 6 days later. The question is what will those games have taken out of Kilkenny. They had to dig deeper than they have had to in the last 10 years, and Tipp will provide an even stiffer examination on Sunday. Advantage – Tipp

So, like the bookies, this game is too close to call. Kilkenny have been my pick all year, but I feel Tipp are going in to this game as a far more battle hardened outfit than in the past. They have a better balance to their team this year in terms of personnel and have developed an ability to adapt their game to suit its requirements. Furthermore, they will know that this game is their ultimate test, and one they cannot afford to fail. For that reason, I’m siding for a 2 point Tipp win.