Keith Rossiter was a Wexford stalwart for over 11 years. He was a model of consistency throughout his career. Keith finally got his hands on a Leinster Club medal at the 5th attempt before Christmas with his club Oulart the Ballagh. He took time out from training for the All Ireland Club Semi final to answer questions to Sportstalk about the upcoming league and his own experiences from the league.

SportsTalk: Who do you think will win Division 1A and 1B?

ST: Who do you think will be overall winners of Division 1 hurling league?

ST: Who do you think will be top scorer in Division 1 league?

ST: Who do you think will be named player of the Allianz National hurling league?

ST: Who do you think will get relegated from Division 1A?

ST: Who do you think will win the National football league Division 1?

ST: Give a brief summary of how you see the Division 1A and 1B panning out.

KR: 1A – 3 new managers on show (Kieran Kingston Cork / Michael Ryan Tipperary/ Michael Donoghue Galway) and they all will be looking to get off to a good start. All 3 of them have great experience and the squads they are taking over are well use to the demands of top flight league hurling. There could be a slight “Hangover” from Kilkenny’s team holiday and with very few of the regular players seeing little or no action before the league, this could lead to a slow start to the campaign. However, once they get going it will take a lot to stop them!!Waterford are the newly promoted team from division 1B and last years league winners, not much has changed in regards to personnel both on & off the field and they should be well in the fight for the top prize. Dublin got off to a great start in last years campaign and after a couple of experienced players exiting the set up Ger Cunningham will be looking for a first day out win to keep the ship sailing in the right direction. I think that when it comes down to the quarter finals your going to be looking at Kilkenny/Tipperary/Waterford taking the top 3 spots with Cork/Galway & Dublin battling it  out for the remaining 4th place.

1B – Promotion is vital for these teams, as every manager & player wants to be playing in the “Top Tier”. Again there’s a couple of new managers (Ciaran Carey Kerry/ Eamon Kelly Offaly) and there’s also a couple of interesting additions to backroom set ups in the lines of Donal Og Cusack joining Davy Fitzgerald in Clare and Liam Sheedy acting as mentor to Eamon Kelly in Offaly. This all adds to the tension of all 6 teams pushing for that top spot and I feel that the team to get off to a winning start in their first two games will be hard to catch. Wexford have a tough ask in facing both Limerick & Clare in their first two matches and I really think that its between these 3 teams to fight for the promotion to 1A. From looking back over the past year it looks to me that Offaly are now at a rebuilding stage under Eamon Kelly and loosing the likes of the experienced Brian Carroll to retirement will be hard to replace. Laois have also lost a few players coming into the 2016 season and lately were on the receiving end of a heavy defeat to Dublin in the Walsh cup. So they will need the likes of Willie Hyland & Stephen Maher to drive the team forward and fight for that quarter final position. Kerry are the newly promoted team and will look to take a few scalps in this division and stay up and continue their progression. 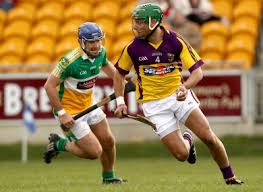 ST: What did you think about playing in the National Hurling League?

KR: I found the league brilliant for the teams preparation for the Championship. I use to love getting the chance to play on some of the best hurling fields in Ireland and getting to battle against some of the best teams/players on a weekly basis. As a player your not operating at Championship fitness or Pace at this stage of the year but you know that your opponent isn’t either so you cant read too much into it!!

ST: When was your national league debut, who was it against and how did it go for you?

KR:  2003 – Derry away!!! It was a nice welcome to the National league as Derry probably should have beaten us. Wexford Started a fairly experimental team and it was only when we brought on a few of the more experienced lads like Liam Dunne & Mitch Jordan that we finally got over the line. I cant remember much of the match but I do remember the sigh of relief when we got to the dressing room after the match!!

ST: Which ground did you least prefer playing in the National League. Explain why.

KR:  Ballycastle Gaa Club Co. Antrim – The Mileage!!! it was a 4 to 5 hour journey and if you ask any player who has ever played there, they’d tell you that it’s a very hard place to get a win

ST: Which team do you think this League is the most important for? Explain.

KR: Clare – They were a very young team when they won the All-Ireland in 2013 and they are still a young team going into the 2016 season but they need to start building on the success of their under 21 All-Irelands. Their level of success hasn’t been where Davy would like it to be and I think with the appointment of Donal Og Cusack to the backroom team sets out their intent for the coming season.

ST: What’s your best memory from the national hurling league?

KR:  We played Galway in the quarter final in 2007, who were managed by Ger Loughnane and no one gave us a chance against them. We ended up beating them by a couple of points and it gave us a semi final day out against Kilkenny in Thurles.

TJ Reid Kilkenny – An all round player that has everything, who wouldn’t want him!

Tony Kelly Clare – Hurler of the year in 2013 and he’s still only 22. He can play anywhere from 8-15 and you’d be guaranteed 3 points every day he goes out on the field. 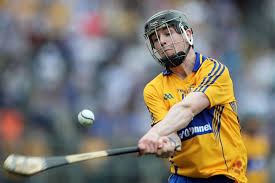 Patrick “Bonner” Maher Tipperary – He’s the engine behind the Tipperary forwards and his work rate is unbelievable. A pure nightmare for any back to handle.

ST: What was your least favourite memory from the league?

KR: In 2011 We were in the bottom two in the league standings with two matches to play, we faced Cork at home & Tipperary away. We needed results in both games to stay in Division 1 for the following year. We beat Cork and followed up with a draw against Tipperary in Thurles. We believed that we had done enough to stay up but the GAA decided to change the structure of the league and changed the number of teams in Division 1 and we got relegated to Division 1B. That was a very bitter pill to swallow!

KR: The quality & skill level of hurling has improved significantly over the past few years and the game has gotten faster. Some of the scores that were taken last year were top class i.e. Joe Canning’s Catch & Strike Goal against Kilkenny, Jason Flynn’s point against Kilkenny in the All-Ireland Final, where he took the ball down from the puck out and in the same movement struck it over the bar from 70  yards. The only disappointing fact that I notice with the modern game is the lack of ground hurling and it seems to be dying art.

ST: Favourite movie of all time:

ST: Favourite song to listen to before a match 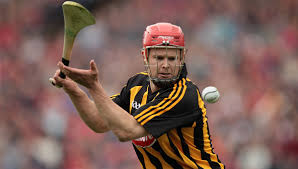 ST: 3 young players from your club to watch out for:

ST: 3 things you would bring with you to a deserted island:

ST: Medal you most cherish in hurling

ST: What did you love most about being an inter county hurler:

KR: Getting to hurl at the top level against the best players, everyday was a challenge!

ST: What did you dislike most about being an inter county hurler:

KR: Having to go through the heavy slog of training in January & February, I use to love to see the bright evenings coming!

ST: Laziest team-mate you played with:

ST: If you could be someone else for one day who would you be

ST: Other sports you have played:

ST: Most annoying person on tv:

ST: 3 people you would like to go to dinner with:

ST: What age do you think you will retire from club hurling:

SHOULD THE WEAKER HURLING COUNTIES AMALGAMATE?

“One of the best Cork performances I’ve ever seen” – Ger...