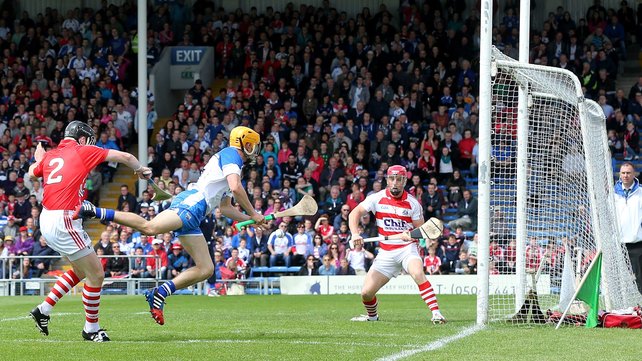 Old foes Kilkenny and Tipperary go into battle for the first time since the 2016 All-Ireland Final, a game in which the Premier won easily in the end. Brian Cody will travel to Thurles knowing that a good performance is top priority given that Tipperary haven’t lost a game this season so far. Kilkenny got their first league points of the year last weekend with a good win over Cork and Cody will be looking for his side to build on this. Tipperary, on the other hand have been in excellent form to date, they followed up an opening weekend hammering of Dublin, with wins over Waterford and Clare. Michael Ryan has his charges in superb form this early on in the season and it could be a sign of things to come the summer. He has given game time to Tomas Hamill, Steven O’Brien and Barry Heffernan, while he has kept players like Seamus Callanan and Ronan Maher in reserve, although the latter started against Clare. The strength in depth in the Tipperary side is clear to see and Kilkenny could be up against on Saturday night Thurles if Michael Ryan starts his so called championship team. John McGrath has been superb to date and Padraig Walsh if he is named at full back will have a difficult task of marking him on Saturday. John O’Dwyer, Padraig Maher and Noel McGrath are also all playing quite well.

For Kilkenny to win this game they will need goals, something that they have failed to score in their last few games. Richie Hogan was superb for them in the win over Cork, while newcomers Paddy Deegan, Conor Martin and Richie Leahy also impressed. Colin Fennelly also returned to action against Cork and that game is sure to bring him on even further. In terms of predicting the game Tipperary are favourites at 1/2 while Kilkenny are 15/8. I think Tipperary will want to lay down a marker on Saturday and they will win this with a few points to spare. Verdict: Tipperary by 5 points.

Ger Cunningham’s Dublin travel to Ennis on Sunday afternoon knowing that a win is vital for them if they are to retain their Division 1b status. A loss here could mean the Dubs may have to beat Kilkenny to retain their status something that will be difficult for them to do. Clare, suffered a loss at the reigning All-Ireland Champions, Tipperary, on Saturday last but they played quite well for large patches of that game expect for the first 10-15 minutes where they trailed by 0-06 to 0-00 at one stage. However, Podge Collins was superb proving again why he is one of the best in the game scoring 5 points, while John Conlon at wing forward impressed scoring 4 brilliant points from play. David Reidy was also good in midfield.

Dublin, lost out to Waterford by 5 points last weekend, but the game was much closer than that to be fair to them. A goalkeeping error lead to a goal for Stephen Bennett, while Dublin also had their chances but failed to take them. Donal Burke was impressive yet again scoring 1-07, while Eamonn Dillion was superb for play scoring 0-04. Chris Crummy and Liam Rushe were good in defence and they will need to be again on Sunday if they are to be victorious. Clare are firm favourites to win at 4/9, while Dublin are priced at 2/1. Verdict: Clare by 6 points.

A battle of the neighbours is on the cards on Sunday afternoon in Walsh Park. Waterford will be looking for another win to follow up their win in Croke Park on Saturday night last, while Cork will be looking for a better performance than when they played Kilkenny. Waterford’s Stephen Bennett was superb in the win over Dublin, while Kevin Moran, Padraic Mahony and Austin Gleeson hurled well. In Cork’s loss against Kilkenny Conor Lehane at centre forward was the only forward to really play well for the Rebels, but Damian Cahalane and Mark Ellis did try hard in defence. More needs to come from Alan Cadogan, Shane Kingston and Seamus Harnedy if they are to get anything out of this game against their close rivals.

Waterford are priced at 1/3 to win the game, while Cork are 13/5. I can only see a Waterford win here which will mean Cork will have to beat Tipperary to have a chance of avoiding relegation to Division 1b. Verdict: Waterford by 7 points.

Limerick will travel to Portlaoise on Saturday with still an outside chance of promotion if they win. However, it must be said it is a very slim chance. They will need Wexford to lose their last two games to Offaly and Laois to have a chance. The home side will also be looking for a win, which could see them book a quarter final spot. However, Eamonn Kelly’s side will need a massive improvement from last weekend’s 36 point hammering away at Galway. Laois have some superb hurlers in their ranks most notably Stephen Maher and Charles Dwyer who have both been excellent in attack and these players will need to shine yet again on Saturday to give Laois a chance against a well favoured Limerick side.

Limerick under John Kiely have only lost to Wexford in the league and that was on the opening weekend. They followed up the loss with wins over Kerry and Offaly. They have talent all over the field, Declan Hannon, Seamus Hickey, Ronan Lynch to name but a few.  Laois are priced at 15/2 for this game, while the Shannonsiders are priced at an unbackable 1/20. Laois will be looking to restore some pride to the jersey on Saturday evening but I feel they will be up against it. Limerick to win with ease for me. Verdict: Limerick by 9 points.

This game is virtually going to be a cake walk for Galway, no disrespect to the Kingdom but going on results so far it will be nothing but an easy win for Galway. In their previous games in this year’s league Kerry have suffered hammerings at the hands of Limerick and Wexford, however they did manage to beat Laois. Kerry have some good players though with Jack Goulding, John Griffin, Padraig Boyle and Mikey Boyle in their ranks, while Shane Nolan is an excellent free taker.

Galway travel to Tralee knowing that a win may give them an outside chance of still been promoted providing they win their remaining games and Wexford lose theirs. Galway will be able to call on players such as Cathal and Padraig Mannion, Jason Flynn, Aidan Harte, Joe Canning and the Cooney’s, Conor and Joseph. Kerry are priced at a massive 12/1 to win this game, while Galway are priced at an unbackable 1/100. Galway to win this very easily. Verdict: Galway by 20 points.

Davy Fitzgerald’s Wexford travel to Portlaoise on Sunday knowing that a win will all but seal promotion to the top flight of hurling for 2018. Offaly, haven’t won a game thus far in the league campaign, but they have been improving, this was evident last weekend when they played Limerick. Shane Dooley was again in tremendous form in that game against Limerick, while Oisin Kelly, Sean Cleary and Cillian Kiely are all coming into form to. This is a big game for Offaly and former Oulart the Ballagh manager Kevin Ryan will have his troops ready for battle come 2pm on Sunday.

Wexford will be coming into this game, with 3 wins from 3, having beaten Limerick, Galway and Kerry. They are assured of a quarter final spot in the league and if they win this game with Offaly they will be guaranteed promotion to Division 1b. Davy Fitzgerald welcomed back Jack Guiney in the win over Kerry and that game would have improved his match fitness, so Guiney will probably be starting against the Faithful on Sunday, he will also be able to call on Conor McDonald, Lee Chin and Eoin Moore. This game is a potential banana skin for Wexford although odds on Wexford are 1/7 and Offaly are 5/1 to win. I still think Wexford will get over the line in Tullamore by a couple of points though. Verdict: Wexford by 5 points.

Five Teams That Need To Kick-Start Their Seasons This Weekend

Kelly eyeing up a return to league action