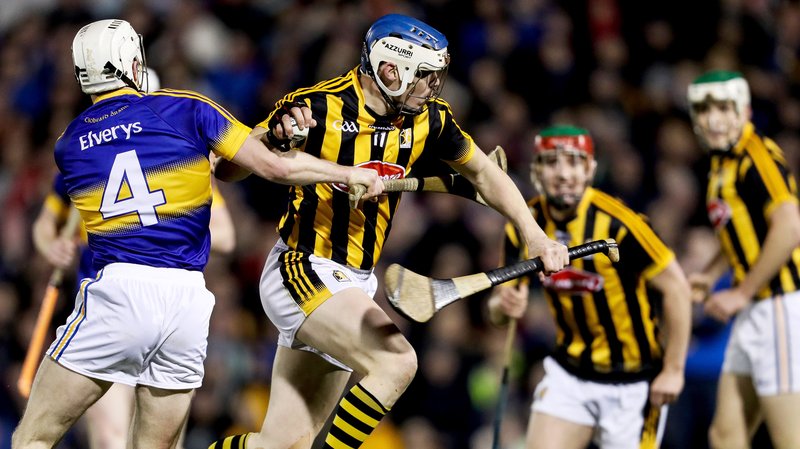 Wow. If you thought the National Hurling League was simmering along nicely for the last few weeks, well, it’s positively boiling over now. It was the 32nd time these 2 great sides have met in the last 20 years and, like so many others of those games, it produced an epic. Great goals, saves, a frenzied Tipperary crowd baying for Kilkenny blood…. If this is what the hurling championship is going to be like in 2017 then strap yourself in because we’re in for a hell of a ride.

It may not have been the first Sunday of September in Croke Park, but a Saturday evening in March in Semple Stadium nearly proved just as good. There was a large Tipperary following at the game squealing at every unjust, (or otherwise) decision from the referee. You sensed that after being dominated for so long, Tipperary, and their fans, really want to assert their dominance over their rivals now. Kilkenny, as is so often the case, buckled at times but just would not give in. And the quality on show was high. There was a back and forth passage of play in the second half that was as good as anything we are likely to see come the Championship.

If ever there was a great advertisement for National League Hurling then this was it. And yet, imagine how great it would be if sides like this were playing against each other regularly in the height of Summer? Would it not be great to have a restructure that made the Championship more like the highly competitive and functioning League? Well, that’s for the authorities to figure out. For those of us there, we can just bask in the warm glow of what we saw.

In 20 years of Championship hurling Tipperary have played against Kilkenny 10 times. Their record stands at W2 D1 L7. Those 2 victories were by a combined total of 17 points. So, when it comes to a shootout, Tipperary are fantastic. When it’s a dogfight though, there are still questions to be answered. At 8 points up in the first half the Premier may well have been contemplating a repeat of last September, if not more, but things didn’t turn out that way. With that full forward line and the likes of Bonnar Maher to come back, Tipp have the firepower to blow anyone away. They have tremendous hurlers and strength in depth, but there are still questions about their mental fortitude. When it comes to a scrap in August/September against Kilkenny, or someone else, will they be able to dig their way out?

3. Life in the old Cats yet

They haven’t gone away you know. Sure, they’re not as good as the Kilkenny 2008 vintage. Whoever was, or will be? But as regards hurling in the county in 2017, there’s still some light shining. Certainly, TJ Reid is as good as ever, with 1 wonder goal and 2 bullet like penalties. Richie Hogan struggled in the first half but was back to his majestic best in the second. Eoin Murphy has had more work to do than any Kilkenny goalkeeper in 20 years, but he’s well capable of doing it. Padraig Walsh has really grown into the full back’s role. Cillian Buckley had a storming game from midfield. Going up to Thurles the team would have liked the points, but what was more important was the side put in a decent performance. They got that and more.

4. New Kids on the block impress

Whatever about the performance of Reid, Hogan, Murphy et al, the most pleasing aspect of the night for Brian Cody would have to have been the displays of the new guns. There has been a lot of doom and gloom perpetuated about the lack of new talent coming through the Black and Amber ranks. The lack of success at underage level in recent years would suggest as much. But Paddy Deegan certainly didn’t get the memo. Playing at centre field, the O’Loughlins man showed he could be an adequate replacement, or partner, for Michael Fennelly come summer time. Bennettsbridge’s Jason Cleere showed a lot of promise in the half back line. And Clara’s Conor O’Shea put in a strong shift in the troublesome corner-back position. The struggles of Alan Murphy showed it wasn’t an overwhelming success for the young Cats, but on the whole, their displays were encouraging.

In what was a strong statement of intent from a new generation of Kilkenny players, the one flower in the ointment was the performance of one of the old guard. Up until August of last year, Danesfort’s Paul Murphy would have been seen as one of, if not the best corner back in the country. But a shaky All-Ireland has given way to a worrying Spring. Murphy was partially at fault for both goals in the first half and was beaten to a catch by Bubbles O’Dwyer prior to Eoin Murphy producing his spectacular second half save. His performance improved on the whole in the second period, but Cody must be in some way concerned about the dip in form of one of his key men.

Proposal for a new structure in the Gaelic Football Championship