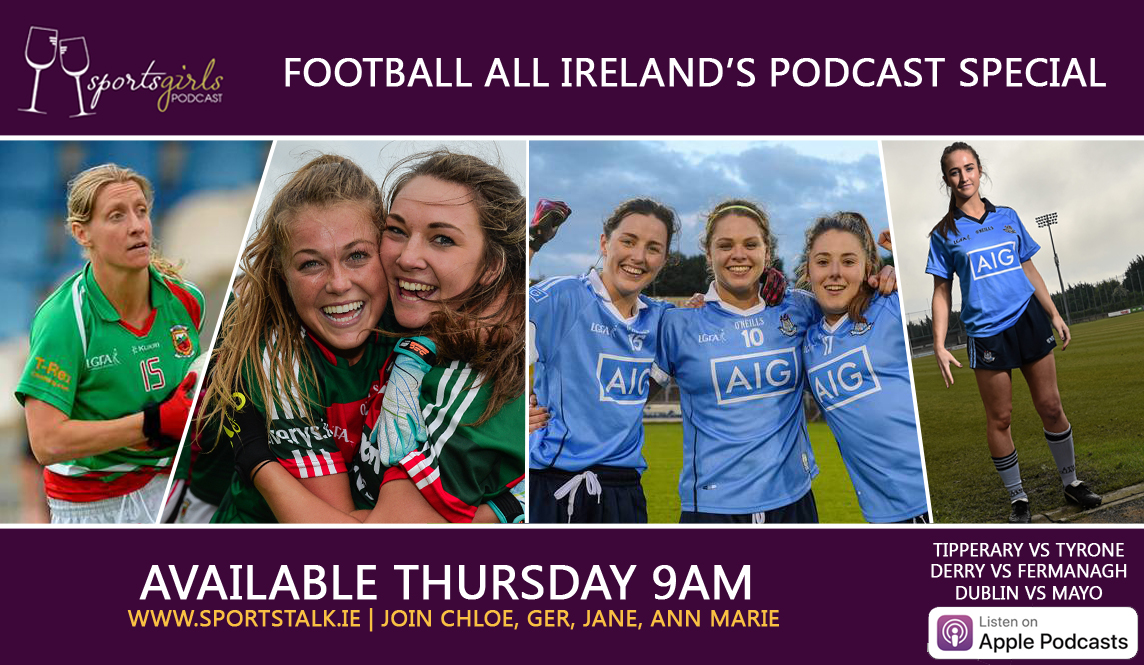 Much like last week where most of the neutral GAA fans were willing Mayo over the line after years of hurt, it’s fair to say this week it will be roles reversed as Dublin look to overcome Mayo and gain redemption for the phantom point debacle in last years final lost to Cork by a solitary point. The manner in which the Dublin ladies handled themselves in the aftermath was nothing sort of exemplary, no whinging for a replay, no blame game just accepting it was a human error and moving on. It was a tough thing to do but that is the nature of the Ladies GAA overall, pick yourself up and come back stronger. Sport can be cruel but also kind and Sunday the hardcore of GAA fan wouldn’t begrudge this great team redemption.

It’s too difficult to pin point who’s the greatest Irish women’s athlete, but this ladies name would definitely be on many peoples lips if that conversation ever arose in earnest.  Staunton is just class in every aspect and coming to the end of her career it would be a shame for many a GAA fan to say “they never seen her live”. For god’s sake you could be doing something worse than taking a train, bus, car or plane over to Croke Park next Sunday to see Cora play in what will be almost definitely her last stand. Whatever the outcome for Mayo, you can be sure Staunton will bag herself around 2-10 as one of GAA’s greats looks for the fairytale ending. Be apart of it!

The Tyrone men showed us how to play gutless defensive football while trailing by a dozen in their semi final hammering from newly crowned champions Dublin, but that won’t be the case with the ladies. The Tyrone Ladies are in essence a very good Senior Team playing in Intermediate and while the headline maybe misleading, what we mean is they will go for it against Tipperary and we are in for a titanic battle. Expect this game to be the stand out game of the finals as both sides are so evenly matched with plenty of attacking football to look forward too.

Croke Park on All Ireland Finals day is special beyond belief and should be right up their on your bucket list. Sky soccer legends Kris Kamara and Jeff Steling felt it last week and this Sunday you have the chance to feel it too. The stadium itself is worth the gate money never mind the excitement, families from all around Ireland bring as they roar on their heroin’s. If you have never attended a Ladies Football match you will be pleasantly surprised we guarantee. We also recommend the curry chips they are a dream!

You can bet your life that 90% of the Mayo supporters are sailing back to Croke Park on Sunday to do what they do best, supporting their county in droves.  No doubt still mourning another All Ireland defeat, the Mayo crew will be praying a Ladies victory will help mend their broken hearts. Indeed much of the GAA public will be interested to see how Cora & Co handle a 2 point advantage with time running down, beware though Dublin Ladies are on a mission of their own and Sunday can’t come quick enough.

Sportstalk.ie would like to take this opportunity to wish all teams the best of luck, you can catch our SportsGirls Podcast on Thursday as we preview all games at length.

Sledging and targeting of players is still a problem.. But what...

Sheridan’s delight at winning All-Ireland with her father