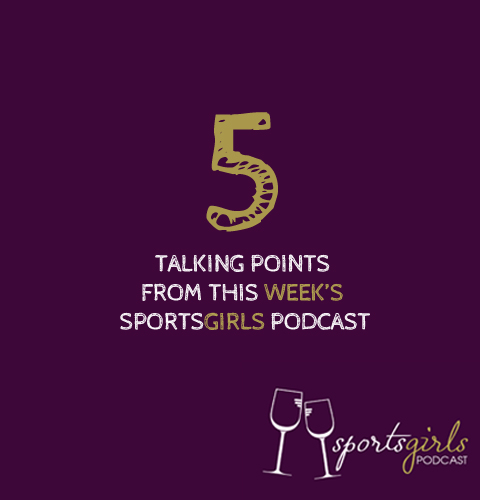 One this week’s show our resident Camogie experts Ann Marie Guinan and Ger Kinane gave their selections for this year’s Camogie All-Stars with lots of debate about the various positions. The girls spoke about the inaugural All-Stars trip to Madrid and we couldn’t end the show without mentioning Katie Taylor’s wonderful win on Saturday.

Madrid is the destination for the inaugural All-Star tour; a nice getaway and reward for Camogie’s elite. It’s taking place on the 29th November to 2nd Dec and will see the 2017 All-Stars take on the 2016 All-Stars. As well as rewarding the players the Camogie Association want to spread the game to a wider audience in Europe. Ger admitted to add a reward like a trip like this to the All-Stars makes them more prestigious. She mentioned the All-Star trips by other GAA codes while Ann Marie complemented the Camogie Association for bringing that task over the line with a foreign holiday.

Dublin to be rewarded for a fine year

The girls both believe Dublin will be rewarded for getting to an All-Ireland semi-final this year by claiming at least one All-Star and could pick up another one. Cork’s Aoife Murray is favourite to get the nod for the goalkeeper position having just conceded 2 goals in the entire championship but Ger feels Dublin’s netminder Faye McCarthy could get an All-Star after having a brilliant year. Ann Marie thinks Dublin’s Eve O’Brien could get an award in the full-back line while both think Hannah Hegarty from Dublin could pick up an award in the half-back line; it’s between her and Cork’s Pamela Mackey.

Should sweeper’s get rewarded?

When speaking about Kilkenny’s Anne Dalton getting an All-Star in the half-back line Ann Marie brought up a tweet from early in the summer which questioned a sweeper being rewarded with an All-Star because they are technically not in a position and they are free to roam. They don’t have extra responsibilities with marking etc. She went on to admit that there is no doubting Dalton’s talent but should a sweeper get rewarded. Ger on the other hand said the key about a sweeper is that they make it look easy (especially Dalton) and not everyone can play that role.

Cork to dominate the All-Stars

Both girls believe that Cork being All-Ireland Champions will get the most All-Stars and Kilkenny the beaten finalists to follow. They think Dublin and Galway will pick up one or two awards each. Galway’s Niamh Kilkenny and Aoife Donoghue should be rewarded for their year. Clare’s Chloe Morey in the full-forward line could pick up an award despite her county not getting out of the group stages. Ann Marie strongly considers her for an award because of the year she has had but admitted the full-forward line is very open. Could there be surprise inclusions in this year’s All-Stars?

On Saturday night last Katie Taylor claimed the World Lightweight title in Cardiff. Last year she was hurt after losing out at the Olympic Games in Rio but she believed in her ability, turned pro and her hard work paid off on Saturday. Ger admitted she was a huge Katie fan and was in London in 2012 when she won Olympic Gold. To be both World Champion at Amateur and Professional level is unbelievable and she believes no female boxer can stop her. Ger is now hoping Katie can get a fight in Croke Park next year.

Cavan lead from pillar to post to win by three against...