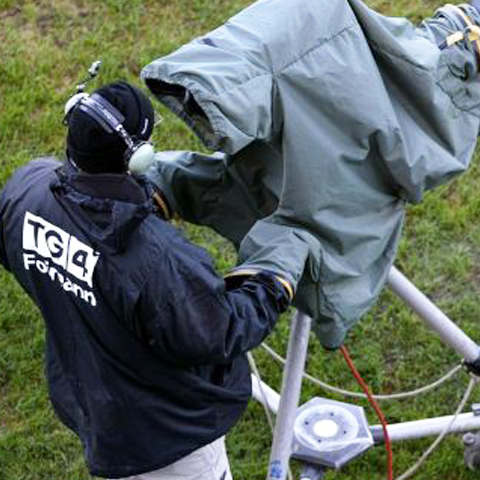 Well, I’ll say it now then. Thank you TG4. Thank you so much, for what you’ve done in the past, what you’re doing in the present, and what you will continue to do in future. We love you, and we don’t know what we would do without you. I mean, I don’t know how we survived without you in the first place.

It’s been 21 years in the making, since our current president got the ball rolling on a national language station back in 1996, but you could say that it’s only now coming into its prime. Certainly, the viewing figures would suggest that. On Sunday, the Irish language channel got its biggest ever television audience as a staggering 642,000 watched the Dublin Kerry national league final (http://www.irishtimes.com/sport/gaelic-games/tg4-records-highest-ever-figures-for-kerry-s-win-over-dublin-1.3044063). A similar amount watched the same counties face off in the final last year. Figures like that would make you wonder why RTE didn’t show the game. In a sense though, aren’t you glad they didn’t?

The reaction to RTE’s League Sunday format recently was not good. The final round of league games unfolded in a hive of drama, and yet to look at what was shown on RTE on the Sunday night, it was if they had barely existed. While any GAA exposure on television is welcome, the most viewed inter-county footballer on RTE over the past few months has been Kerry’s Aidan O’Mahony, and he’s retired! Now obviously, Dancing with the Stars was a ratings success for the station, but it’s arguable that there’s more drama and action seen on a weekly basis in GAA grounds around the country. And it’s cheaper too.

It’s one of the enduring peculiarities of the GAA season that more high quality inter-county games take place on a Sunday in March than they do on one in June or July. And yet when that does occur, the action is packed into a half an hour highlights programme on a Sunday night. So, when there was a nail-biting final round of league games a few weeks ago, what GAA fans across the country got was the most threadbare of coverage.

In contrast to this, across the stations you could be guaranteed at least two full national league games on Sunday on TG4, with other highlights programmes on during the week as well. So, while the National broadcaster pays massive salaries to its staff and largely ignores our national games during the spring, that little channel across in Connemara on a tiny budget does everything it can to keep them alive. When you put it like that, the least we can give them is a bit of gratitude. But it’s not just the live action that’s so engrossing. I, and I daresay most others, am currently wrapped up in the latest series of Laochra Gael, which is just about the finest sports profile show you can imagine. Every week for the next 2 months we get to see legends of the game such as Pete Finnerty and Tommy Walsh discuss their careers in a way we’ve never seen before. The only drawback to it is that at just half an hour, the action is regrettably short. You could easily imagine them extending the programme to 45 minutes, or maybe even an hour.

The loss of Seo Spoirt, an excellent preview show before games, was also a cause for mourning. On the plus side though, the amount of game time for the other unheralded competitions is exceptional. This week the Ulster under 21 football championship is being shown, and we will continue to watch underage GAA on the station for the rest of the year. That allied with the club championships and Fitzgibbon and Sigerson Cup, are more than enough to keep us going through the winter when, according to RTE, nothing else seems to be on.

Then you have the Ladies football, which is sponsored by the station, and the Littlewoods Camogie championship. Even when RTE do show the big championship games in the summer, TG4 are on hand to show deferred coverage a few hours later for anyone who missed it. And don’t forget the showings of the old All-Ireland finals and classic matches on GAA Gold, that were an outstanding source of archive footage for the younger generation like myself who can’t remember the 70’s and 80’s. If anything, it would be great to see those matches again.

Now, it’s true that there’s only so much TG4 can do with their limited budget and that’s definitely an issue. Recently Eir Sport have starting broadcasting the floodlit National League games on a Saturday evening and they’ve been doing a stand-up job of it. Then again, Setanta Sports tried to do something similar in the last decade and, due to the excessive costs, their venture ultimately fell flat before being taken over by Eir.

While TG4 will never have the biggest territory, the flip side is that, due to state funding, they are operating on reasonably solid ground. And that’s without even mentioning the work they do on other sports: Wimbledon tennis in the summer which used to be an RTE staple, the Tour de France, Rabo Direct Pro 12 for the rugby purists. As regards pizazz they will always be towards the back of the class, but when it comes to efficient use of resources, they’re right at the top.

Unlike its model, the Welsh language station S4C, TG4 hasn’t really encountered too many financial problems or hostility. The fact that it still has a reasonable share of the televisual market, at least 2% consistently in Ireland, must be part of it. However long that may continue for may be an issue, depending on if the station can keep the rights to what it’s showing now. I’m sure RTE was looking on enviously at Sunday’s viewing figures, and how it could capture that niche market. Regardless of what happens in future though, we should be grateful. Whatever you do, for however long you may do it, TG4, we salute you.

Waterford’s Derek McGrath Steps Down After 5 Years In Charge