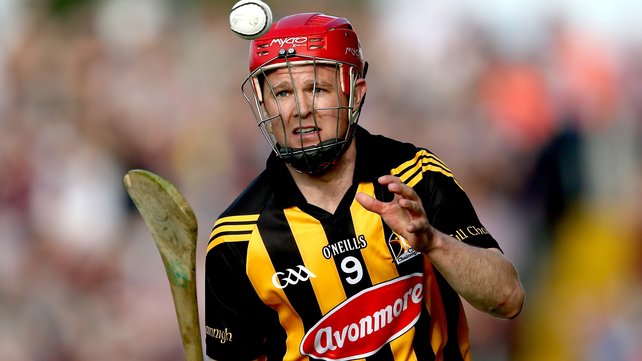 Q. What was it like to win your first All Star?

Ans: A fabulous honour, especially for my family.

Q. Which All Star was your favourite to win?

Ans: The 2011 All Star was extra special as winning the All Ireland that year meant so much to us. To win both was magic.

Q.How does an All Star award compare to an All Ireland victory?

Ans: You can’t compare them. Both are wonderful to win. There is a difference though.One is an individual award and the other is a team award. When you win a team award you share that moment forever with your teammates. It  creates a bond between players forever.

Q.Tell us your routine of the day and night of the All Stars? What is the day actually like?

Ans:You take a half day from work. Collect your partner.Collect the tux. Arrive in Dublin around 17:30. Arrive to the All Star ceremony. It’s a great night afterwards where you can mix with the players from other counties and have a great laugh together.

Q.Where do you keep your 9 All Stars?

Ans: At home in a cabinet.

Q. What was it like to be named hurler of the year? It must be some feeling to be named the best hurler in the Country?

Ans: Yes it is a dream for every player I think and one you don’t ever really expect to win. So when it does happen it is very surreal really. We hurled in the relegation final with Tullaroan the day after it was announced and won so it will always bring back fond memories for me.

Ans: It’s always nice to find out on the night. The build up and guessing adds to the whole occasion.

Q. Any funny stories from the All Star nights?

Ans: One of the nights the hurlers were on first and after receiving our awards we stayed up on stage in our seats to watch the footballers receive their awards.After one of the Dublin footballers received his award, he didn’t see the huge drop at the back of the stage. Instead of walking across the stage he went backwards and fell off it. The television or audience didn’t pick it up but we could see his two legs swinging in the air. He jumped back up and took his seat as if nothing happened. It still makes me laugh to this day.

Q. Which was the best All Star trip you were on?

Ans: My first one was amazing. It was in Phoenix Arizona I was rooming with Paul Kelly from Tipperary. We  had such a laugh and still remain good friends to this day.

Q. What advice would you give a young hurler who has aspirations of winning an All Star in the future?

Ans: Very simple. Get out of the house with your hurl and ball and practice every second you can. It’s much more fun if you hurl with your friends too.

Q. If you won an All Star but you did not win the All Ireland, would you consider the year a failure or a success?

Underdogs are looking for interested hurlers for new series