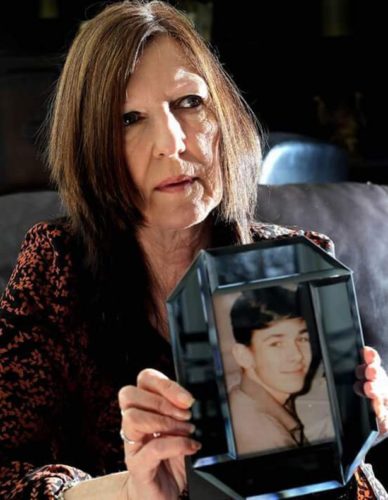 I cried watching the tv series ‘Anne’ and the final episode was very emotional. The story was about Anne Williams, a mother who lost her 15 year old son Kevin in the Hillsborough Disaster. She campaigned tirelessly for truth and justice but sadly passed away in 2013 three years before the Hillsborough Inquest found that 96 Liverpool supporters who died at the Hillsborough Stadium were ‘unlawfully killed’. Last year Andrew Devine became the 97th victim after he passed away from injuries sustained at Hillsborough.
Anyone watching the series saw the hurt and anger felt by the family and friends of the Hillsborough victims. The incident happened at Sheffield Wednesday’s ground on the 15th of April 1989. The family had to wait exactly 27 years before they got justice. But have they really got the justice they and the victims deserve?
The inquest found numerous failings by the police and the ambulance services that contributed to the deaths. The South Yorkshire Police Chief Superintendent at the time of the disaster was David Duckenfield but in November 2019 he was found not guilty of gross negligence manslaughter. During the 2016 inquest it had been proven that he had a duty of care for those that died that day and he was in breach of that, and it amounted to ‘gross negligence’. Yet he goes unpunished.
Last year the trial of former South Yorkshire police officers Donal Denton and Alan Foster, as well as the force’s solicitors were acquitted of perverting the course of justice.
Norman Bettison, who was an off-duty officer at Hillsborough had charges of misconduct in a public office dropped in 2018 but in 2006 he was rewarded with a Knighthood. What a slap in the face for the heartbroken families of the Hillsborough victims?
The police always blamed the innocent supporters for the tragedy due to their ‘behaviour and supporters arriving late’. The inquest proved that to be a lie. It also found that police statements were changed; some officers admitted they felt pressured into doing that. It was proven to be a police cover-up, yet no accountability.
The jury found that the police and the ambulance service caused or contributed to the loss of lives by an error or omission after the crush. It also ruled unanimously that the fans did not contribute to the dangerous situation that day.
That day in 2016 families and friends had a belief that those responsible for what happened at Hillsborough would be held accountable but nobody has. Where is the justice in that?
Following the showing of ‘Anne’ in the UK there were calls for a ‘Hillsborough Law’. It’s to ensure families would not have to go through the same experience as the families of the Hillsborough disaster. They want fairer treatment and that truth is established at the first time of asking.
Bringing the ‘Hillsborough Law’ into force would be a fitting tribute to Anne Williams and the 97 Liverpool supporters that went to a football match and never came home. You’ll Never Walk Alone.