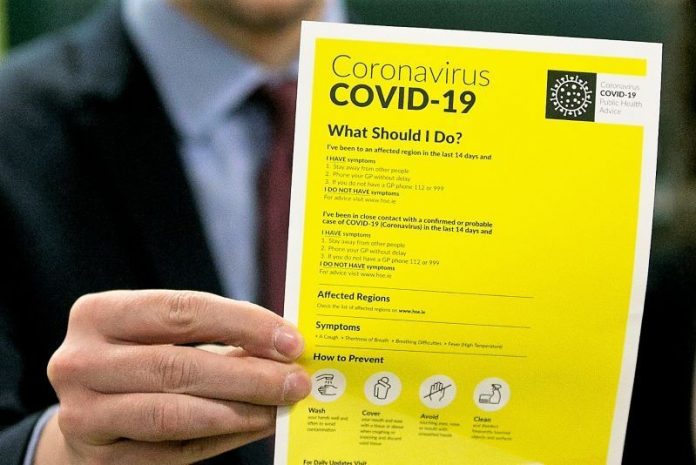 Covid protocols in the League of Ireland were very much in the news over the past week with three very different cases.
Waterford had to field their U19 side in their Premier Divisions game with Drogheda Utd last weekend after a Covid case in their first team squad. The league had made it clear before the start of the season that there would be no postponements due to Covid cases. Clubs could register U19 players and if they had 14 fit players the game would proceed.
It was a real baptism of fire for the young Waterford team as they fell to a heavy defeat. The club decided to concede this weekend’s game to Sligo. That was their right.
The first case of Covid in the league came last month when Cabinteely’s game with Galway was called off at the last minute; Galway had already travelled to Dublin for the game. The FAI awarded the points to Galway and gave them a 3-0 win. Cabo appealed it but during the week issued a statement saying that they were not going to refer the decision to Arbitration.
We then had the case of Dundalk; some of their players decided to take a trip to Belfast last weekend following their defeat to Sligo Rovers. It was classed as a ‘team bonding session’. Fair play to them for that but we are still in the middle of a pandemic and non essential travel was not allowed. The rules that we can travel around the country came in on Monday 10th, days after the trip to Belfast.
The players were lucky that their Covid tests came back negative. The club issued a statement, the players apologised, were fined and are going to make a donation to a charity. The FAI accepted that. They might as well have added that they’ll say a few Our Fathers and Hail Marys while they were at it.
Two situations where Covid cases were detected, all three where rules were not adhered to and only two clubs really get punished where it hurts; on the table. Yes Dundalk didn’t have any cases but their players blatantly broke the rules. Photographs emerged Sunday night of the players in Belfast and the FAI sought answers as to why they were there. If those pictures hadn’t surfaced would the club have got away with it?
On the field of play Shamrock Rovers did it again with another late, late show against St. Pat’s and in doing so extended their lead at the top of the table to five points. That is the sign of a very good team, grinding out results. They’ve picked up wins in games this season with dramatic winners.
Speaking of dramatics, Derry City left it late to score against Longford Town last week and salvage a point. Things were looking well for Town when Rob Manley put them ahead but James Akintunde scored for the Candystripes with 30 seconds of the game remaining. I’ve mixed emotions because Derry had enough chances in the game to win it but when Town took the lead it’s a pity we didn’t hold on for the win. That’s two games where we’ve taken the lead and not held on, four points dropped. Though the optimistic people will say it’s two points gained.
Derry City are away to Shamrock Rovers this weekend. I have to say they have improved a lot since Ruaidhri Higgins took over and will give Stephen Bradley’s side a real game.
It’s tight at the top of the First Division table with UCD and Shelbourne on level points. The Students moved to the summit courtesy of a 3-2 win over Treaty Utd while Shels inflicted a first defeat of the season on Athlone Town – who had been top.
Some cracking fixtures in the First Division this weekend and no doubt it’ll produce more interesting results.