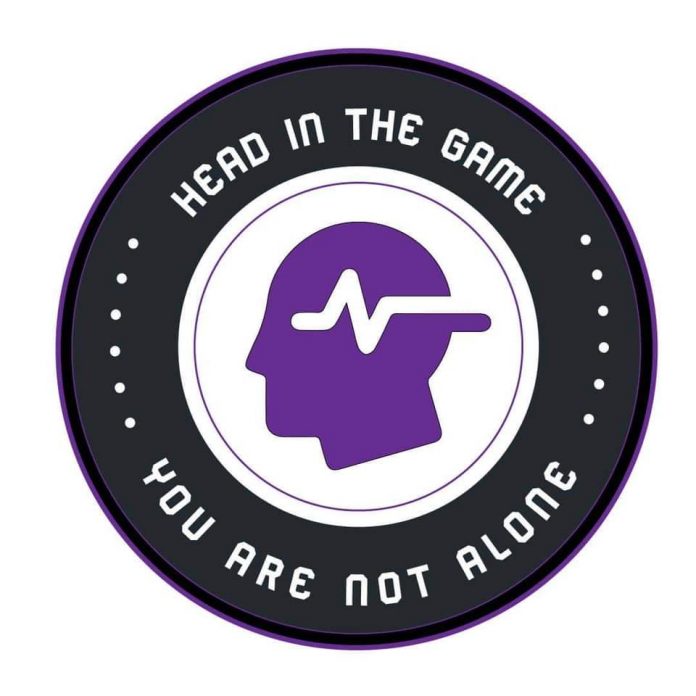 There is a stigma attached to mental health and in particular when it came to men. Man up, real men don’t cry or express their feelings etc. Most people know someone who has suffered with mental health and some who have felt they couldn’t cope in this life.
In recent years more sportspeople have come out and admitted their battle with demons. Now more than ever people need support and know there are organisations out there that can help.
This year a group of League of Ireland supporters came together to form ‘Head in the game/’ Their intention is that people within the League of Ireland community can open up and have a conversation about mental health.
The pandemic has been tough for a lot of people; a simple conversation about how you are feeling could make a huge difference. Listening to someone and not judging, is something small but can mean a lot.
This season Drogheda Utd’s ground has been renamed ‘Head in the game Park’. The name came about after the club launched an initiative which allowed supporters to rename United Park, on behalf of their chosen charity. The winner’s charity was ‘Head in the game.’
During the week Umbro joined forces with Head in the game to launch a jersey, with profits going to mental health charities.
“It’s okay, not to be okay” are inspirational words that mean so much. There is help out there, never think or feel you are on your own. For further help and information – https://www.mentalhealthireland.ie/get-support/
Going back to the games and if you are to watch anything this week, please check out Graham Burke’s goal for Shamrock Rovers against Derry City on Tuesday night. 4 games in and we already have a number of goal of the season contenders with Burke in the lead.
Burke is back at Rovers, on loan from Preston North End. He is a superb footballer and both clubs have done a good bit of business with this deal. It’s a big season for Burke, he has a number of international caps but hasn’t had much game time in a number of years, he’ll be hoping a good year for him will be rewarded by Stephen Kenny.
Lots of interesting ties in the Premier Division with Sligo Rovers and Finn Harps the big one for me. It’s a local derby with both sides starting the season well; will something give at The Showgrounds and one side suffer their first defeat?
I’m loving the First Division and only three games have been played. If the first few weeks are anything to go by we’re in for some season. There are a number of big games this weekend. Cork City and Shelbourne the stand out one. I remember watching these two sides battle it out in the Premier Division in front of thousands at the Cross. There was always a good rivalry between the two clubs.
Bray Wanderers and Athlone is another game I’ll be watching carefully. Athlone have started the season very well. Manager Adrian Carberry has put together a very good side so it’s not surprising how well they have started. Bray Wanderers were pipped for the title last season in the last game and will be hoping to go one better this year. Even though it’s early in the season every point is important because every club is capable of beating each other.
A