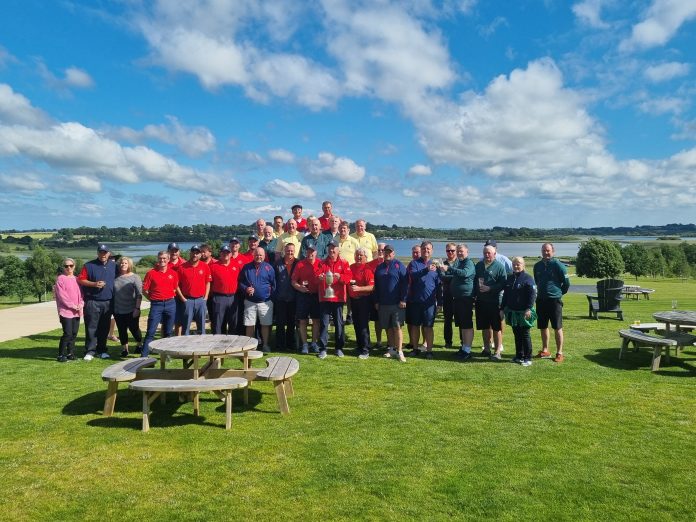 To be honest I’d never heard of the International King’s Cup before I was told Sportstalk.ie were the media partners this year. The event was held in Glasson Golf Club between the 21st and 23rd of June.
For those that don’t know what the competition is I’ll give you a bit of background information on it. It’s an amateur golf tournament played between Team Ireland and Team USA It is structured like the Ryder Cup. It was formed in 2016 and is played in honour of the great Arnold Palmer. The person behind the concept is Director of Golf at Glasson, Lynn McCool.
It truly is a golfing experience of a lifetime. For me, it was three of the most enjoyable days I’ve had since I started my journalistic career. Although there was a prize at the end of it, the rivalry was extremely friendly.
After the golfers finished their foursomes on days 1 and 2 they came back to one of the suites. Stories were told and there were plenty. We introduced them to Gaelic Football and hurling. It was great seeing their reaction to our national games. A few want to return and go to a game.
The thing that was repeated to me throughout the few days was about the “friendliness of the Irish people”. For the ones coming over for the first time they didn’t know what to expect but the few days in the Midlands exceeded their expectations.
Team USA started very well and built up good leads after Day 1 and Day 2. The final day was the singles and although Team Ireland staged a good fightback and won Day 3, Team USA retained the cup; for a third year in a row. It’s now three wins each so next year’s event should be interesting.
I have to pay tribute to Lynn McCool. She is modest, but the work she has put into this competition needs to be noted. Team USA told me how big the competition has become over there, and it’s getting bigger here. That’s all thanks to Lynn. Her friendship with the Palmer family was the reason behind this competition.
Lynn is warm and friendly. It was a pleasure to be in her company for the three days in Glasson. She kept me entertained with her stories and she has a lot of them. I can’t wait to sit down and do a podcast with her.
I really hope more people will come to the event next year, you really will not be disappointed.