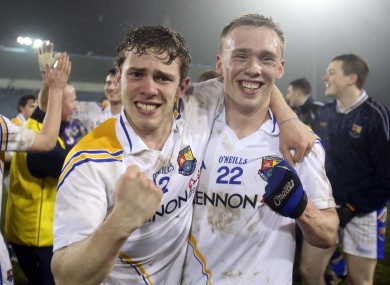 In 2013 Longford shocked reigning All-Ireland U21 Champions Dublin by defeating them in Parnell Park in the Leinster quarter-finals. Rory Connor was an integral part of the team and scored a point in that game.
Longford decided to hit Coppers that night to celebrate but Connor revealed on this week’s Sports Talk podcast he was brought back down to reality the next morning when he had to get a bus back down to Longford for school.
He said: “We all went out to celebrate. I was in Copper Face Jacks and in Leaving Cert. I was on top of the world. But I remember getting a phone call from my dad and he said “you are getting a bus home from Busaras in the morning”. I was back in Edgeworthstown in my uniform for half 7 getting ready to go to school.”
The Leaving Cert did go well for Connor because he ended up in DCU studying Physical Education and Maths.

You can listen to the interview here:

The Competivatate rivalry in Ulster