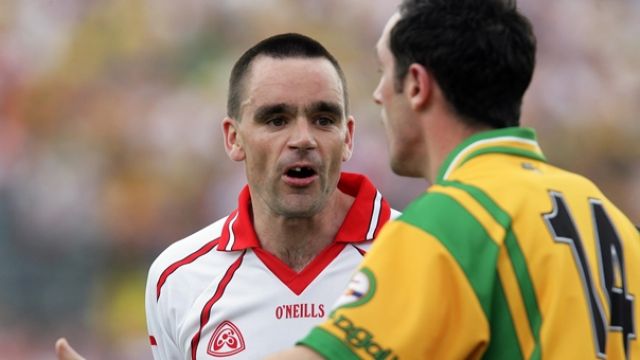 With the return of competitive matches I should be talking about the quality of games, how great it is to have games back, the madness with tickets and the extremes people have gone to, to watch games but instead verbal abuse of a player has raised its ugly head, again.

A few years ago I wrote an article on sledging and players being abused during games. What struck me was, it wasn’t isolated incidents and according to referees it was happening on a regular basis. I witnessed it myself at underage games. A young player was the target of disgusting verbal abuse every time he came up against a certain team; the shocking thing is it wasn’t just the opposition players that were tormenting him but officials in the dug-out. What a fine example that management team are to their players.

This week I received a message about a series of incidents that took place at a senior club match at the weekend; a young player of 17, was the subject of verbal abuse by a senior member of the opposing club who was there as a spectator. It was a “very personal attack”.

The concerned person said they’d witnessed it on numerous occasions in the past and didn’t want to see young people walking away from the GAA feeling like they’ve no protection. Verbal abuse can take its toll on people.

We’ve all grumbled and moaned to a referee or player about something on a pitch.  When it gets personal and the person is humiliated well that’s overstepping the mark. That is wrong and it needs to be dealt with harshly.

The GAA has an initiative ‘Give respect, Get respect’ in which it aims to promote positive behaviour. There is nothing positive about verbal or physical abuse. It’s a huge problem within the GAA but what has been done about it?

This is what’s on the GAA’s website in relation to dealing with abuse – The Gaelic Athletic Association is committed to creating and maintaining the safest possible environment for all young people who participate in our Gaelic Games and activities. We shall take all practical steps to protect young people from discernable forms of abuse – from harm, discrimination or degrading treatment and shall respect their rights, wishes and feelings.

The GAA believes that the welfare of the child is paramount and recognises that all children have the right to be safe and that this fundamental principal takes precedence over all other considerations.

‘Children have the right to be protected from all forms of violence; they must be kept safe from harm, and they must be given proper care by those looking after them’ (Article 19: UN Convention on the Rights of the Child).

There have been incidents in every county in Ireland of sledging. Some clubs sweep it under the carpet, some believe that it should be left on the field while others believe their county boards will not act appropriately.

There is only so many times you can tell a young lad to ignore the comments and let their football do the talking. Stick and stones……. Yeah right, sometimes the names are definitely more hurtful.

Dublin search for six as Mayo bid to end the long...