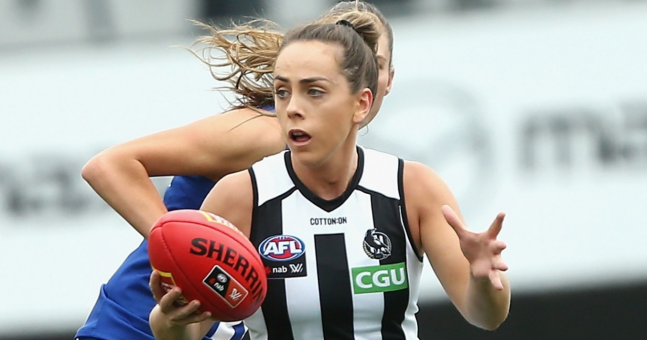 Aishling O’Reilly recently spoke to Cavan Ladies Footballer and AFLW Collingwood Aishling Sheridan to talk about the amazing support she received back home during her time in Australia playing AFLW with Collingwood.

Sheridan has received numerous messages of support from people who have never watched the game before.

Aishling is a proud Cavan woman and her passion and love for the sport, particularly ladies GAA is evident to this day.

Now back in the EmeraldIsle, the Cavan and Mullahoran native spoke about how overwhelmed she was in terms of the messages of support she received.

“It was actually massive especially when I started getting messages from people who I think didn’t follow the game. I think that is when it kind of hit home for me but credit to TG4 for the coverage they did. If I take my own family for example they watch the games live but, then when TG4 would replay the game if it was lucky enough to have our game as the highlights they would actually pull from different channels, different footage and not just the one stream. So, my family would get to see the game the second time around and see much more which I taught was quite interesting”

You can listen to Aishling’s interview on Instagram at sportstalk.ie

Mourneabbey end over 5 years of hurt to claim All Ireland...