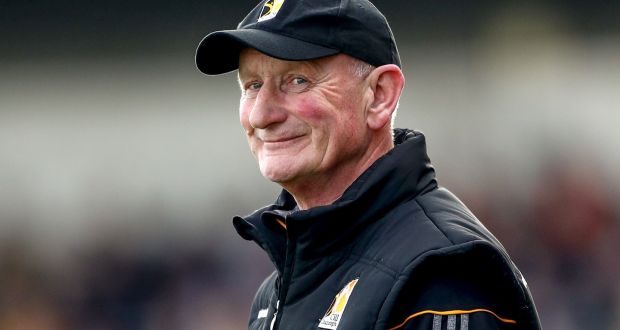 The more things change, the more things stay the same. The planets move, the earth warms, the Brits come and go (not quick enough though for Donal Og) and Kilkenny, Tipp, Dublin and Kerry are in the All-Ireland finals. Quelle surprise eh? Quelle bloody surprise.

There’s one other thing that never seems to change either. 21 years he’s been on this treadmill, and in ways, the game is unrecognizable to when he first started. The players are fitter, the ball travels faster, the defences are more congested. But throughout it all, Brian Cody is Brian Cody. The sport’s changed, but the principles are still the same. Savage intensity, Honesty of effort, and work, work, work, work, work. Just like Rihanna once said. More than 2 decades of the slings and arrows of outrageous hurling fortune and he’s still going. Jesus, if there was a nuclear holocaust (perish the thought) would Cody survive it?

That’s an argument for another day, and whereas I’m sure he’d give it a good rattle, an All-Ireland final is more down his alley. It’s happened on 17 occasions already in his tenure and while his record hasn’t been perfect, 11 wins, two draws and four losses is a more than acceptable return. Squeaky bum time? Not at all. More like spit on your hands and rub it in your t-shirt, it’s Cody time.

As regards their rivals this Sunday, a mea culpa needs to be extended. Prior to their semi-final against the Wexicans I was sceptical of their chances. When they were 5 points, and a man down, after Lee Chin had netted in the 49th minute though, I daresay I wasn’t the only one saying the last rites. Yet similarly to last year’s games against Cork and Waterford in the Munster championship, there was a sting in the tail. So they did show enormous character in the second half, they didn’t let a number of dodgy refereeing decisions affect them, and yes, they demonstrated there is a depth to their squad. But however much resilience displayed…was it a case of Wexford losing the match or Tipperary winning it?

Whatever happened, it was a serious performance. Special mention has to be made for the likes of Ger Browne, a man who was unlucky not to have started in the first instance, Mark Keogh, Willie Connors and Jake Morris, who notched an almost unfathomable point towards the end of the game. Up until a few weeks ago, there was an accepted belief that Tipperary’s substitutes weren’t capable of winning an All-Ireland for them. Well, considering they got 4 points off the bench compared to just 1 from their opponents, they certainly disproved that notion.

Another point of consideration in the aftermath of the semi-final was how Tipperary were unlucky to have 3 goals chalked out for various infringements. There was certainly something to that, but the flipside is that the county are exceptionally fortunate to have all of their players available for the final. John McGrath’s second yellow in the game could easily have been a straight red, and Cathal Barrett in the first half and particularly, Barry Heffernan, in the second, for his punch on Diarmuid O’Keeffe, were blessed to escape further sanction. Brian Cody will not have been delighted with his fellow countyman’s (Sean Cleere) lenience in that regard, given the importance of all 3 players to the Tipperary line up. Heffernan and Barrett especially, were pivotal in the game, and that is something that could come back to haunt him. 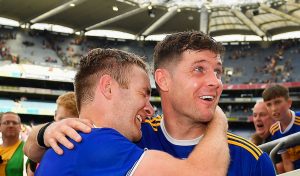 The thought pervades that this is a game that Cody and his troops will prefer to yet another Wexford strangling match. Since the 2016 All-Ireland senior hurling final (which admittedly was a runaway Tipperary success) Kilkenny’s record against their fiercest rivals has been remarkably good. 4 league games, 3 wins, 1 draw, no defeats. Their corresponding success rate against Davy’s troops in all competitions, meanwhile, has been less than 50%.

Now you could argue that none of those games were this important. Definitely, there’s been a marked difference in Tipperary’s league form this season and their championship performances. But all through the reign of Cody, back to the All-Ireland semi-final of 2002, he’s seemed to have the Indian sign over his arch rivals. Indeed he’s had three times as many victories against them (24) as he’s had defeats (8). In major finals, his record stands at won 8, drawn 1 and lost a mere 2. Do you not think such a record has an effect?

Well, not if you’re the bookies anyway. Kilkenny were never favourites for this game but as the occasion has drawn nearer they’re even bigger outsiders (11/8) than they were previously. Where exactly, you’d have to ask, is all this money coming from? And what, exactly, is it being based on either? Tipperary’s form in Munster? Well they were impressive in the group stages no doubt, but they weren’t playing against the calibre of opposition that they’re about to face on Sunday. Kilkenny have already disposed of 2 Munster counties to get here remember.

Or is their status based on the 2016 All-Ireland final? Well do you think Seamus Callanan will get 9 points off Joey Holden this time? Do you think he will be given the time and space to get that many scores off anyone? Sure, that was an All-Ireland in which the Premier ran riot in the second half, and that’s their best hope of success this time. But have Tipperary improved demonstrably in the meantime? And will Cody, who has displayed a much more ruthless streak in making substitutions this year, be as willing to watch his defence suffer for as long without wielding the axe? I sincerely doubt it.

Looking back on the teamsheets of said final, and comparing and contrasting it with the semi-finals, it’s noticeable that the Tipp one only shows four changes, with Brian Hogan and Barry Heffernan coming in for Darren Gleeson and Michael Cahill, while subs on that particular day, Jason Forde and Niall O’Meara, replace James Barry, and most noticeably, Bonner Maher. On the Kilkenny side meanwhile, there’s been a more dramatic overhaul. Huw Lawlor, Paddy Deegan, Conor Browne, Richie Leahy, Adrian Mullen and John Donnelly have come in for Shane Prendergast, Kieran Joyce, Cillian Buckley, Eoin Larkin, Kevin Kelly and Liam Blanchfield.

How much can be read into said changes? Well certainly, from a Kilkenny perspective you’d have to say they’ve led to improvements. Huw Lawlor and Adrian Mullen, in particular, have been revelations in their first full championship seasons. Paddy Deegan is established as a solid inter-county player at this point and John Donnelly may lack pace, but his skill level and trojan work rate were vital in the side’s last 2 victories. Conor Browne and Richie Leahy are perhaps 2 of the more unproven members of the side, but Browne nullified the threat of one of Limerick’s most influential players, Cian Lynch, the last day, and deserves another shot. Leahy, meanwhile ,is probably most at risk of demotion at the hands of Cillian Buckley, but he can be an effective performer, if sometimes wayward with his shooting.

On the opposition side there doesn’t seem to be as much difference. Brian Hogan has had a fine season and is as trusty a netminder as Darren Gleeson and Barry Heffernan, Niall O’Meara and Jason Forde have all proven themselves as capable, or in Forde’s case, more than capable performers at this stage. The one flower in the ointment is Bonner. No matter who Tipperary bring in you reckon that they will still miss the experience and knowhow of the Lorrha Dorrha man. He is the one forward who has always stood up to the Kilkenny backs physically.

As demonstrated in the semi-finals, Tipperary’s bench is a massive boon for them, but Kilkenny will still be confident that the pace of Billy Ryan, Bill Sheehan and the hurling intelligence of James Maher and Cillian Buckley could have an impact. And even though they may be underdogs, the hunger they demonstrated in that semi-final against, what was up until then perceived to be the best hurling team in the country, was a massive statement of intent. So are these Cats, who were 12/1 underdogs for the championship prior to their quarter final against Cork, about to provide another upset? Well, you never know what you’re going to get in an All-Ireland final do you? No. But so long as Cody’s around, you know what you’re going to get from Kilkenny.