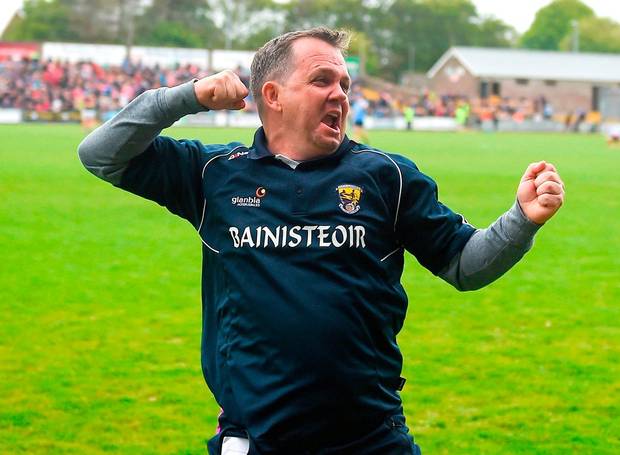 Ok, let’s get the skullduggery out of the way first, shall we? Step forward Tipperary manager Liam Sheedy who had this to say after his side overcame Laois in the All-Ireland quarter final “Wexford certainly won’t be quaking in their boots with what they’ve seen out there today. They will be raging hot favourites. They played really well in the Leinster final”

How do you like them apples eh? The second favourites for the All-Ireland title, who themselves were everyone’s pick prior to the Munster final, are now just the plucky underdogs hoping to keep the ball pucked out this weekend. Sure, is there any point in Tipperary traveling up Sunday at all? It was such a blatant display of cute hoorism, the only surprise was it didn’t come out of the mouth of a Kerryman.

Now we know Liam Sheedy is an intelligent man, but whose eyes is he trying to pull the wool over with that sort of comment? Wexford natives perhaps? Well I’m sure the Slaneysiders, who can remember defeats against their illustrious rivals in 1997, 2001 and 2010, will not be so naïve as to take anything for granted. Considering it’s their first All-Ireland semi-final in 12 years, and first as Leinster champions in 15 years, they would be exceptionally foolish to. Because Wexford may have a proud hurling history, but in reality, when it gets to this stage of the season, they’re generally not that successful.

Then again, the way Liam Sheedy is presenting this game, is in stark contrast to his own supporters. I heard this week about an acquaintance of mine from Laois who was asked if he could get tickets for the All-Ireland final. When he replied the semi-finals had yet to be played he was informed: “Sure it’s only the Yellow Bellies…” Well it’s good to see the old Tipperary characteristic of not getting too carried away is alive and well!

So between those polar opposite opinions, where does this game actually lie? Well if you were to take a look at the odds, (with Tipperary 8/15 on) you’d be of a mind to think that the Munster side are clear favourites. I don’t buy that though. Let’s not forget this is a Wexford side who have played 5 games in this championship and have yet to lose 1. This is a Wexford side that have already helped eliminate Galway, one of the pre-championship favourites remember, from the Leinster championship. This is a side that have played 2 games against Kilkenny this summer, with a record of one win and one draw. Ah yes, but that Kilkenny team is not that good you say. Really? Well they didn’t look so bad against Cork the last day. And you’d still fancy that Tipperary would not want to face the Cats, given their record against them, at any particular stage. 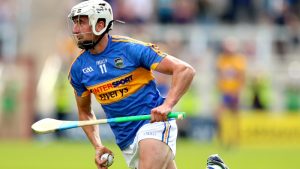 The one thing that may work against Wexford perhaps, is the 4 week break. As posited before, that’s a hell of a long time in hurling terms. In a way though, it may actually be of benefit to them. In 2017 the side were beaten in the Leinster final and seemed to lack confidence coming into their quarter-final. Last year they appeared to lose heart after being defeated in their final 2 games in Leinster, and never really recovered for the rest of the season. So if there is a way for Wexford to come into an All-Ireland semi-final, it’s better to be on a high than when morale is low. They had at least one week to savour their first Leinster title in 15 years before getting down to some serious work. And knowing the way the likes of Davy and Lee Chin are, when these guys need to work, they certainly will.

A lot is dependant really on what Premier side turns up. For as you well know and I well know, there’s more than one Tipperary. There’s also a distinct difference between the fare that was served up in Leinster this year, and the opposing championship in Munster. Sure, Tipp carved through Clare, Waterford and Cork like a hot knife through butter in the early part of the summer but, in hindsight, were any of those sides actually any good?

They then beat a half hearted Limerick side in their final group game and a spirited, but limited, Laois in the quarter final. So when you dig down to it, and forensically analyze all the various victories and defeats of both sides, how can you really deduce that Tipperary are much better? Skillwise yes, that could be a valid argument, but there is a physicality to this Wexford team that, Limerick aside, the Munster men will not have faced all season. And we know that Liam Sheedy’s team aren’t the biggest fans of facing brute force.

Also, we can’t go without mentioning the complete calamity that was the Munster final. To my mind, you can’t dress this up as a freak occurrence. Basically, they lay down in the second half. Once Seamie Callanan missed that goal chance, there seemed to be a general acceptance around that it wasn’t going to be their day. And it’s been a consistent thread through this team since, well, whenever they emerged on the scene in the late 00’s, early 10’s. When the going gets tough, Tipperary, frequently go missing.

Now obviously, there were mitigating factors that day: the lack of Bonner Maher and Cathal Barrett, the fact Limerick were in front of a home crowd and were desperate to win a Munster final. They may not be as outnumbered in support as much as they were then, but considering the numbers that Wexford fans usually follow in, that’s not a guarantee. And yes, they do have Barrett back and his pace and hurling intelligence is a massive asset, but they’re still missing Bonner and I don’t think anyone at this stage can underestimate his impact.

No matter how talented the Tipperary forwards, no matter that Michael Breen and Dan McCormack are fine operators, there’s no one else in that Tipperary panel, that can give them what Bonner gives them. If they can show up with their early Munster championship form, make the pitch as wide as possible, use the ball as well as we know they can, and get an early goal or two, for sure they are likely winners.

On saying that, that’s not a game that Wexford will want them, or more pertinently, will let them, play. Against Kilkenny we got to see the Wexford plan in full operation. Deny your opposition goal-scoring chances, work the ball patiently up the field, and make the game into a dogfight. It seems implausible that they’ll only hit 3 wides again, but shoot something similar and they’ll have a chance. And if the likes of Chin, Conor McDonald and Rory O’Connor get chances, we know they are well capable of taking them. Wexford have been underestimated all year. Maybe, just maybe, that will happen again this time.

WHY ISN’T THE LEAGUE THE CHAMPIONSHIP?

9 time All Star Winner – Tommy Walsh talks about the...