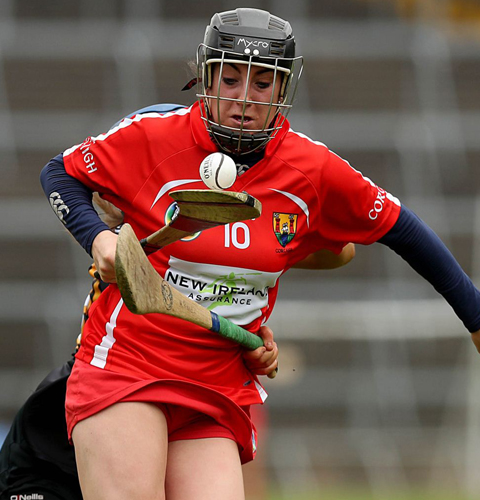 Not long to throw in for today’s Littlewoods Division 1 League Final between 3 in a row chasing Kilkenny and reigning All Ireland champions Cork. Nowlan Park 1:30pm will be the venue for what many believes is going to be a tense tight low scoring affair.

Indeed still relatively early days in the season for both these counties as it will be a surprise to the vast majority if these two don’t clash later in the year. Sportstalk will be in attendance at Nowlan Park and we caught up with Rebecca Tracey former Laois star and new Sportstalk.ie Camoige and Hurling writer to give us her thoughts,

Rebecca, who do you see as Kilkenny’s biggest weapon as they try take revenge on the rebel women.

“Malone would be a big threat to Cork in my eyes! Her speed and work rate is top notch!”

The Cork team is littered with stars and match winners who do you see having a massive inpact on today’s game?

“Cork are an all-round team, with a strong back line a main threat for me is Amy O’Connor, she has a strong scoring rate that could put Kilkenny in bother!”

Cork seem to be many peoples favourites for today’s game are you of the same opinion?

“Even though Kilkenny are gunning for 3 in a row, Cork are my favourite to win been unbeaten throughout the league!”