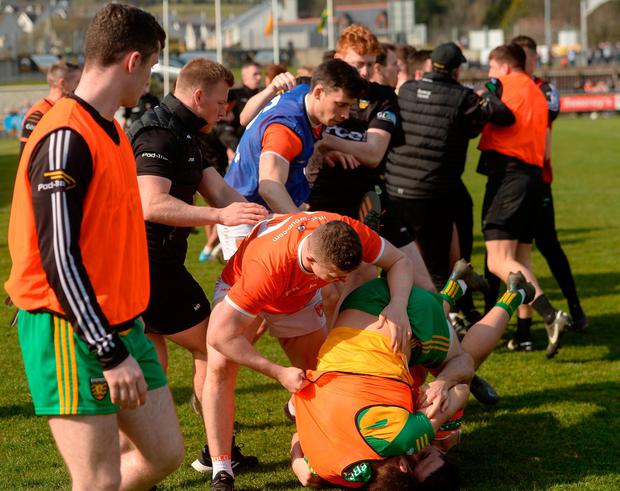 Armagh are set to appeal the suspensions handed out to three of their players following last Sunday’s brawl in their Division 1 clash with Donegal in Letterkenny.
Stefan Campbell, Aidan Nugent and Ciaran Mackin were all given one-match bans after players from both sides became embroiled in a row. It means all three will miss the Ulster Championship quarter-final against Donegal in Ballybofey, unless their appeals are successful.
Donegal’s Odhran McFadden-Ferry and Neil McGee were also given one-match bans and it looks as if both will accept their bans. Both counties had until yesterday evening to indicate that they intended to appeal to the Central Hearings Committee.