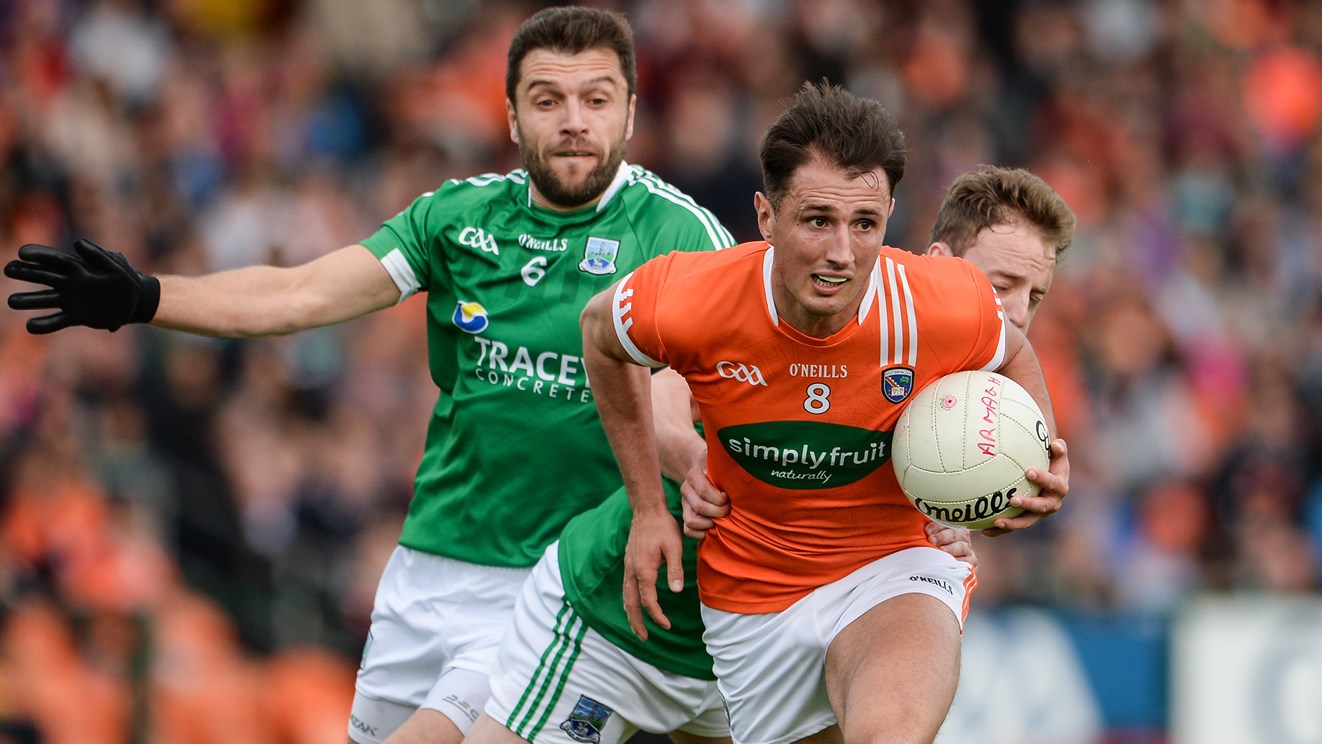 Vital league points are at stake this weekend in Brewster Park as Fermanagh take on an unbeaten Armagh side. The game will serve as a dress rehearsal for their Ulster Championship meeting in May.

Armagh have been in rampant from this spring using the hurt of last April as motivation. The Orchard County were in a similar position last year looking almost certain to be promoted before a last gasp Michael Quinlivan goal condemned them to another year in division three.

Rory Gallagher took the reins of his native county succeeding Pete McGrath. Gallagher inherited the side in the third tier after relegation from division two the previous year.

Since taking over he has installed a real belief in the side with an organised structure that seen them reach the Dr McKenna Cup semi-final and win all but one of their league games to date.

Last weekend in Mullingar the Ernesiders were handed their first league loss after a late Westmeath comeback. The result has left them just outside the promotion places on scoring difference but a win this weekend would restore their place.

As expected Eoin Donnelly has led the Fermanagh charge from midfield with his consistent 8/10 performances. While Seamus Quigley and Conall Jones have put the scores on the board.

To date Quigley has rattled up a personal tally of 3-21 while Conall Jones have hit 2-6 in five games. Both men combined have hit 5-27 which is a large portion of the 7-56 Fermanagh have scored in their five games.

The Brewster Park men hold home wins over Wexford, Offaly and Derry. With away wins over Sligo and an away loss at Westmeath.

Kieran McGeaney’s charges have been rampant to date winning all five of their games with relative ease. Like their counterparts they too reached the semi-finals of the McKenna Cup losing to eventual winners Donegal.

They began their season at home hammering Sligo before claiming a massive win on the road beating Westmeath. Longford and Offaly were put to the sword before they shrugged off the challenge of rugged Ulster rivals, Derry last Saturday night.

This will be their second Ulster derby in as many weeks, games which are traditionally difficult, heavy hitting and energy zapping games. But McGeaney’ new direct approach has been reaping the rewards with quality forwards such as Andrew Murnin, Rory Grugan and Ethan Rafferty in his arsenal.

To date the Orchard County have been the league highest scores hitting 7-75 in five games alongside one of the best defensive records this is the recipe for success.

5-40 of their total scores have come from three men in real top form. Ethan Rafferty has kicked 1-20, Rory Grugan 2-15 and Andrew Murnin 2-5. These are three men that I’m sure Gallagher will have earmarked for some special treatment such is their scoring prowess to date.

A win for Armagh would secure promotion before they travel to Wexford on the final day while, a win for Fermanagh would see them sitting pretty ahead of the trip to Longford in their final game.

The bookmaker’s odds reflect the true competitive nature of the game placing Fermanagh at 5/4 and Armagh 5/6.

To me the odds of 7/1 for the draw seems real value given the competitive nature of Ulster derbies, how much is at stake and the fact they meet in the championship in May. It will go right down to the wire and for me there’ll be nothing to separate the two sides when Barry Cassidy brings the game to an end.