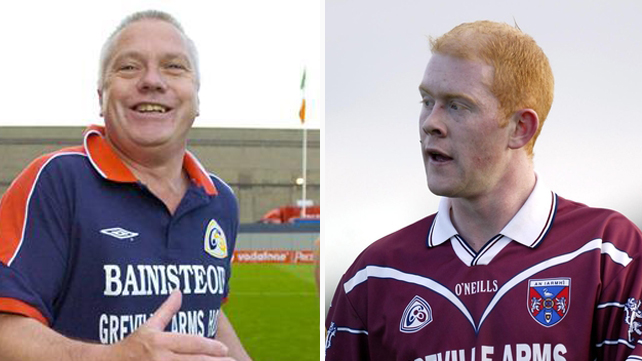 Sportstalk most recently were covering the Paidi O’Se Tournament down in Ventry and came accross two very famous Westmeath ballers Donal O’Donoghue and Shane Colleary who Paidi O’Sé managed to coax to believe and drive for a Leinster Title which they famous won after a replay against Laois.

Paidi will forever be a folk hero in the midlands and we were delighted to grab the guys for a few lighthearted words on the Kerry legend.

The legendary Paidi O’Sé will always be remembered fondly in Westmeath after he guided the Lake County to their first and only Leinster Senior Football title back in 2004. There is a link to that side and this year’s competition with former Westmeath footballer Donal O’Donoghue heading to Kerry to take part with his club Mullingar Shamrocks.
The full-back played a pivotal role in Westmeath’s Leinster success and was one player Paidi knew he could rely on. He picked up two Man of the Match awards during that 2004 Leinster winning campaign. O’Donoghue then went on to win Westmeath County Championship titles Shamrocks in 2012 and then 2018.

Forgive the noise this was in the days when bars were opened.