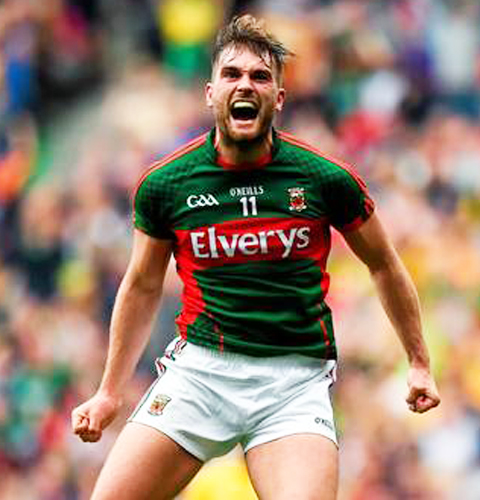 The early season criticism of Aidan O’Shea and the way he brushed his hair before a selfie is now looking similar to the Connolly ban idiotic. Aidan is a modern day GAA icon and his appearance on the Toughest Trade was fantastic, the only problem with that show is it’s not long enough or detailed enough. Sportstalk were no different than every other GAA person in that we were routing for Aidan to do well, which he did.

The problem for Aidan after appearing in that show plus the fall out from last years All Ireland meant he was always going to have a target on his back no matter what this season. When eagle eyed Bernard Flynn spotted him obliging young fans for autographs and selfies following a challenge in Mullingar instead of warming down “bingo” a negative headline to keep himself relevant.

Aidan not named in the Sligo 15 was perfect timing to firing a few rounds down west. The man didn’t start due to an injury but “dropped” makes for a better click bait story, let the bashing commence. Aidan never won an All Ireland.. Aidan is managers pet… bla bla bla. It’s not as if Mayo have been getting beaten in the first round each year. They along with their supporters are truly what the GAA is about picking yourself up from the ground and going again.

There are over a 1,000 clubs in the GAA that have teams with not a hope of winning a County title but they return each year to give it a lash and Mayo are no different.

Aidan O Shea is a fine specimen of a man and a fantastic footballer, the reason he receives the offers for TV appearances, endorsements and selfies is because he’s someone you would stop to look at if walking down the street. This is not Aidan’s fault and he is dually making hay while the sun shines.

Mayo’s back to back wins against Derry and Clare have been hugely down to Aidan O’Shea and the football ability he possesses. There was no bigger games in recent times for Mayo than the two in previous weeks and the man delivered in truck loads for his county. Mayo were in need of a leader when their backs were against the wall in both games and no doubt the bashers were taking aim again. Aerial ability, power, grit, determination and raw desire saw Mayo dragged back to life by Aidan O’Shea when needed the most and the show goes on.

A date with Cork in a couple of weeks is the next chance for Mayo and Aidan to silence another few critics. Let the headlines be along the lines of ” Where the hell do you play Aidan O Shea midfield or inside cause he’s fantastic in both positions?”  rather than negative nit picking of one of our countries finest family members.

We look at 6 New Gaelic Football Managers ahead of the...