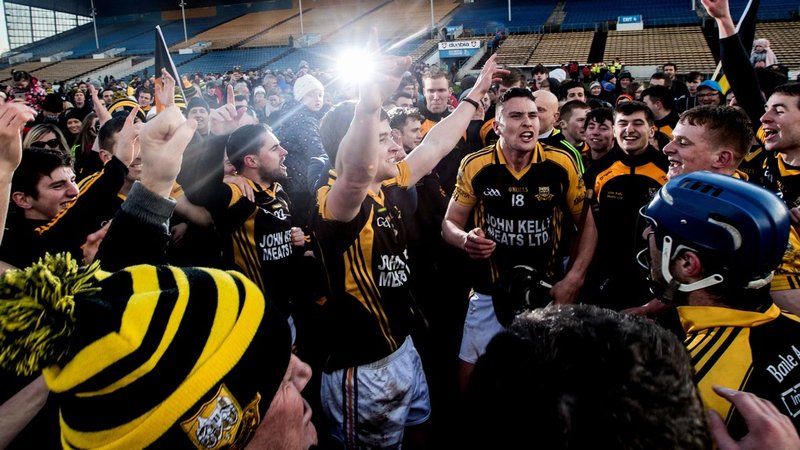 None of these fairytales come even close to comparing with the story that is Ballyea. A little parish nestled at the very edge of footballing country in west Clare, and bordering the powerhouse of Clarecastle, a club that produced such stars as Anthony Daly, Ger Sparrow O’Loughlin and Fergie Touhy.

Even the most staunch of Ballyea supporters could only have dreamt of how the last 12 months would have unfolded.

2003 was heretofore the club’s day of joy, when they reached the county final only to be beaten by the aforementioned Magpies.

Fast forward 14 years and here they stand, on the edge of glory, waving tickets for Croke Park on All Ireland Final day.

Tony Griffin was the man who put this little townland on the map, winning the clubs one and only All Star back in 2006.

Now, Ballyea have produced two All Ireland U21 captains in Paul Flanagan and Tony Kelly, while they also shared in the Banner’s All Ireland win of 2013.

Kelly has emerged as a bona fide star, winning the Hurler and Young Hurler of the Year in 2013, before continuing to light up the hurling world.

Who can forget that winning point in the 2016 League Final replay, or the free just moments previously to draw the game?

What has captured the imagination with Ballyea though, is the emergence of the previously unheralded stars. Joe Neylon, Brian Carrig, James Murphy, Cathal Doohan, Stan Lineen, Niall Deasy and Pierce Lillis are among the names that now roll of the tongue thanks to an incredible year.

In Deasy, another star is beginning to rise. A remarkable return of 1-11 in the All Ireland Semi Final win over St Thomas’s was just a glimpse of what he can do, and the sight of Kelly throwing the ball back to him to take the opening free is a microcosm of the esteem in which he is held.

Along with Kelly, they have county stars in the form of Jack Browne, Paul Flanagan, Gearoid “Gudgie” O’Connell, and the collossus that is Clare Senior Football captain Gary Brennan.

That’s the contingent on the field, but on the line is where much of this success story lies. Gluing it all together is manager Robbie Hogan, a former player with Ballyea when they graced the junior ranks.

By his side is former All Ireland winner Fergal Hegarty, with Diarmuid O’Sullivan, Raymond O’Connor and Alan Duggan as backup. Trust is a key component, with management consistently espousing their belief in what their players can do.

It’s a philosophy and an approach that has led them all the way to the steps of the Hogan Stand, and it would be brave man who bets against Ballyea climbing them on St Patrick’s Day.

Hurling suffers once again in Longford