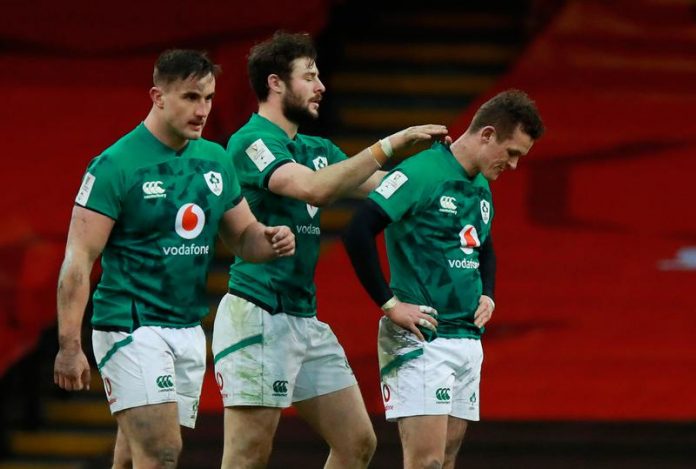 I’m the first to admit I’ve given out about match officials and a team’s performance on numerous occasions. I’ve also found myself having to question decisions in match reports
I’ve written up; it is part of the job.

But there is a difference in constructive criticism and personal abuse. Over the past few weeks we’ve seen several high profile English Premiership players receiving vile abuse on social media after matches.

Last Sunday evening after the Ireland v Wales Six Nations clash I went on social media to have a look at what people had to say about the game. I wish I didn’t. Some focussed on the performance with 14 men, some were a little annoyed with Peter O’Mahony getting sent off but most of the talk was about Billy Burns and it was terrible what was said.

I’m my biggest critic and I’m sure it’s the same for Billy Burns. I’m sure he has replayed those kicks and the decisions he made over and over in his head. For most of us life is about “what ifs”.

Top athletes have made mistakes or not performed to the best of their ability at some time or other, it’s only natural. The big thing is how they come back from it. They need encouragement, not abuse

There is a saying “to err is human” but to forgive is divine.  Those that gave Burns, Marcus Rashford, Aaron Connolly etc. a torrid time on social media in recent weeks need to take a long look at themselves. It’s great making statements behind a screen. Could you do better than those players?

“Walk a mile in my shoes” eh I wouldn’t like to have been in Billy Burns’ boots last Sunday, having to make a decision, under pressure, in an important game. There was talk about whether Burns should’ve been playing and that is a topic for another day. Andy Farrell chose him and once a player dons the green shirt I’ll support them. I’ll still grumble if things go wrong; it’s in my nature.

This weekend is a huge one in the Six Nations with Ireland at home to France – who looked good against Italy and Scotland taking on Wales. The emotion shown last Saturday after Scotland defeated England at Twickenham for the first time in 38 years was something to behold. All previous defeats and performances were forgotten about. It’s amazing what a win against the auld enemy can do.

Here’s hoping Ireland don’t show France too much love on Valentine’s Day and we get our Six Nations campaign back on track.