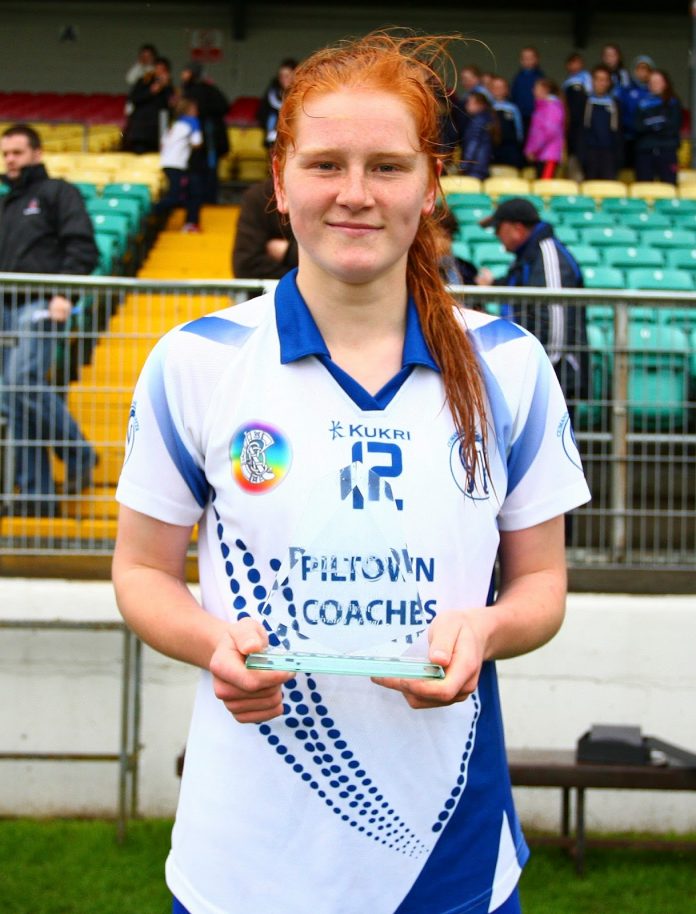 Waterford’s win over Westmeath in the group stage of the Liberty Insurance All-Ireland camogie championships means that they have secured their passage to the quarter-final against fellow Munster rivals Tipperary.

Once again, the standout player for Waterford was two-time All-star Beth Carton who scored 1-14 out of Waterford’s personal tally of 2-17.

The De La Salle player has quickly become a household name in camogie due to her prolific scoring prowess on the field of play.

Against all caliber of opposition, Carton’s performance against Westmeath has shown why she is a force to be reckoned with as she established herself as one of the counties’ top players in the game of camogie.

After Waterford’s win Carton spoke to Sports Talk Tom Browne. Carton acknowledged that Westmeath was going to be tough opposition.

“We certainly knew going up ourselves, what side Westmeath were and how good they were. It certainly wasn’t going to be easy and going up to Westmeath as well, and they were going throw everything at us and it was back to four points at one stage. Then the water break came at the right time for ourselves”.

To hear the rest of Beth’s interview you can click the link below or you can follow Sports Talk.ie for all your latest up-to-date sports information.