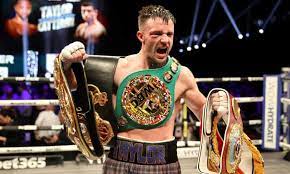 The British Boxing Board of Control have announced there will be an investigation into Josh Taylor’s controversial win over Jack Catterall.
The Scottish fighter retained his Super-Lightweight title with a split decision over England’s Catterall in Glasgow on Saturday night. The decision shocked the boxing world with most in agreement that Catterall had done enough to become World Champion.
Judge Howard Foster gave the bout to Catterall 113 to 112 will Victor Loughlin gave it to Taylor 113 to 112 and John Lewis scored it 114-111 to Taylor.
After the fight Taylor said there was no need for a rematch and he intended to move up to welterweight.
The BBBC statement read: “The British Boxing Board of Control will be investigating the scoring of this contest and will advise accordingly.”
Catterall did not speak to the media after the fight but took to social media on Sunday to say his “dreams stolen”. His trainer Jamie Moore is considering quitting the sport over the treatment of Catterall. He said on twitter: “He did the honourable thing of stepping aside to allow an undisputed champion to be crowned, for the good of boxing, to have the sport he loves rob him of his dream.
“What happened cannot continue to happen if the sport I love has a long term future as a credible sport.”