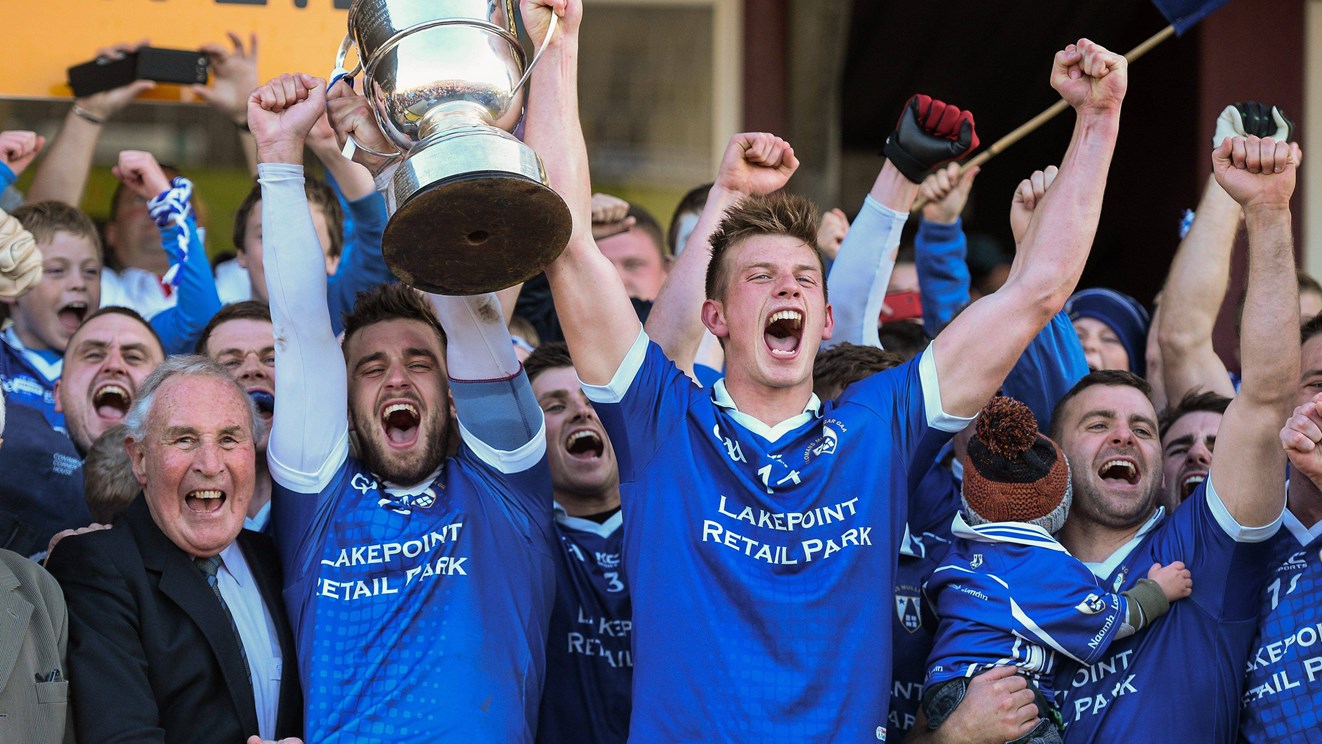 It’s that time of the year again with county finals taking place in the various codes around the country and I have to admit I love the buzz a county final generates.

As soon as a place in the final is secured the bunting is taken out and flags are put up around the parish. The club immediately gets into final mode with hats, scarves, headbands, jerseys, tops, anything you can name being ordered for the big day.

There is a feel good factor about the place with people having an extra pep in their step as the countdown to the big day starts in earnest.

The colour around adds something magical to the experience and the thing that makes our games special are the signs erected and the well wishes from neighbouring clubs. Parish rivalries are forgotten about; well until after the final. For supporters and players alike it is a wonderful occasion.

It all starts with mass on the day of a county final as you spot most of team looking for some divine inspiration. The priest always offers his best wishes. Sure it’s tradition.

Heading into the ground there’s a mix of nerves, excitement and anticipation and that’s from the players. Supporters feel every emotion too. It’s all about bragging rights for some.

The teams entering the field and the fanfare, the parade before the game, they all add to the occasion. I don’t think Amhran na bhFiann is sung as loudly or as passionately as it is on county final day. You can’t wait for the end to let out a roar for your team.

A lot of finals aren’t classics but sure if your team wins you won’t care. Some acceptance speeches are memorable and they never forget to give three cheers for the beaten finalists. Sure that’s just expected.

I’m lucky with work that I’ve got to cover a number of county finals. It is my favourite time of the year. It’s tough after the game with the winners basking in glory while the losers are thinking what might have been. Sometimes things don’t go right on the day. That’s the cruel side to sport.

Every player dreams of representing their club in a county final; it’s the pinnacle of their career. There is nothing better than running out onto a field with your brother, cousin, neighbour, best friend etc. and each having the same goal; to bring glory to the club. The club is where it all starts for players and ends too.

A lot of players don’t get the chance to experience playing in a county final. For the ones that are lucky enough cherish those moments and the medals.

No Milk but Milky Pints in Athlone

Munster and Leinster final predictions: Cats to squeeze through