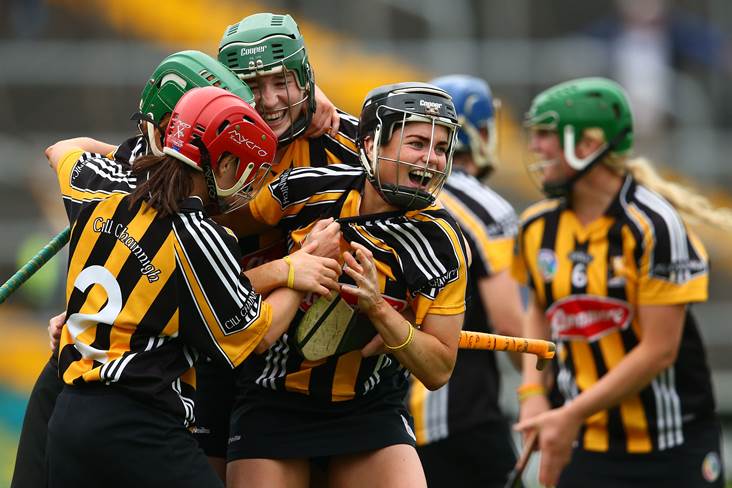 The 2017 division 1 league begins on Saturday February 18th. For the first time ever the Camogie Leagues have had a title sponsor with Littlewoods Ireland, Ireland’s leading online department store, announcing their three-year deal with the Camogie Association in December. The recent sponsorship launch has added to the anticipation to the start of the 2017 campaign. Title holders and current All-Ireland champions Kilkenny will begin their defence with a home fixture against Tipperary.

Also in group 1 Cork will welcome Dublin who are managed this year by former Kilkenny All-Ireland winning goalkeeper David Herity. While on Sunday February 19th Waterford host Wexford. In group 2 on Saturday February 18th Clare host neighbours Galway while Limerick welcome division 1 newcomers Meath. With only 5 teams in group 2 Offaly have a bye on the opening weekend. With 3 of the 4 of last year’s All-Ireland semi-finalists (Kilkenny, Cork and Wexford) all in Group 1, it is sure to be a very competitive group.

Group 2 will be no walkover either with all 5 teams vying for one of the top 2 spots to qualify for a league semi-final.  From the outset Galway will be favourites to top that group but without their Sarsfields club players who are preparing for a club final they certainly won’t be taking any match for granted. Offaly, Clare and Limerick are all capable of defeating each other on any given day and each county will definitely look to take maximum points from their home fixtures.

Clare in particular will look to get their league campaign off to a good start after a very disappointing championship last year where they were beaten in all 5 group games including a heavy defeat in their final game against Wexford. They have a tough opening game against Galway to begin with on Saturday.   A lot of work has been done in camogie in Meath in recent years and in particular by Meath manager John Davis who has managed Meath camogie from division 4 to division 1. They have earned their place in this year’s division 1 league by beating Galway in the division 2 final in 2016.

They won’t be content with making up the numbers in group 2 and with players of the calibre of Jane Dolan and Megan Thynne they will go into the league with confidence. Offlay and Limerick will also enter the 2017 league with assurance after strong showings in last year’s championship especially Offaly who reached the quarter final.

In group 1, Cork have been boosted by the return for another year of manager Paudie Murray. After a disappointing double defeat to Kilkenny in both the Intermediate and Senior finals in September Cork will have since regrouped and will target getting back to winning ways against Dublin on Saturday. Kilkenny can approach this year’s league with a renewed confidence as All-Ireland holders. Ending the 22 year wait to capture the O’Duffy Cup in September has lifted a huge weight of pressure off their shoulders.

However manager Ann Downey will also be well aware that every county will be looking to knock them off their perch and she will be working to ensure last year is in the past and the focus now is on Saturday’s clash with Tipperary. For Tipperary and manager Brian Boyle who is in his 3rd year they will love to win some silverware this year.

Last year Kilkenny needed extra time to defeat them in a league semi-final while Wexford needed a last minute point when the two met in the All-Ireland quarter final. With lots of players in the panel who have tasted underage success will 2017 be the year they make a big breakthrough at senior level. They won’t get a much tougher test then their opening 2 games against Kilkenny and Cork.