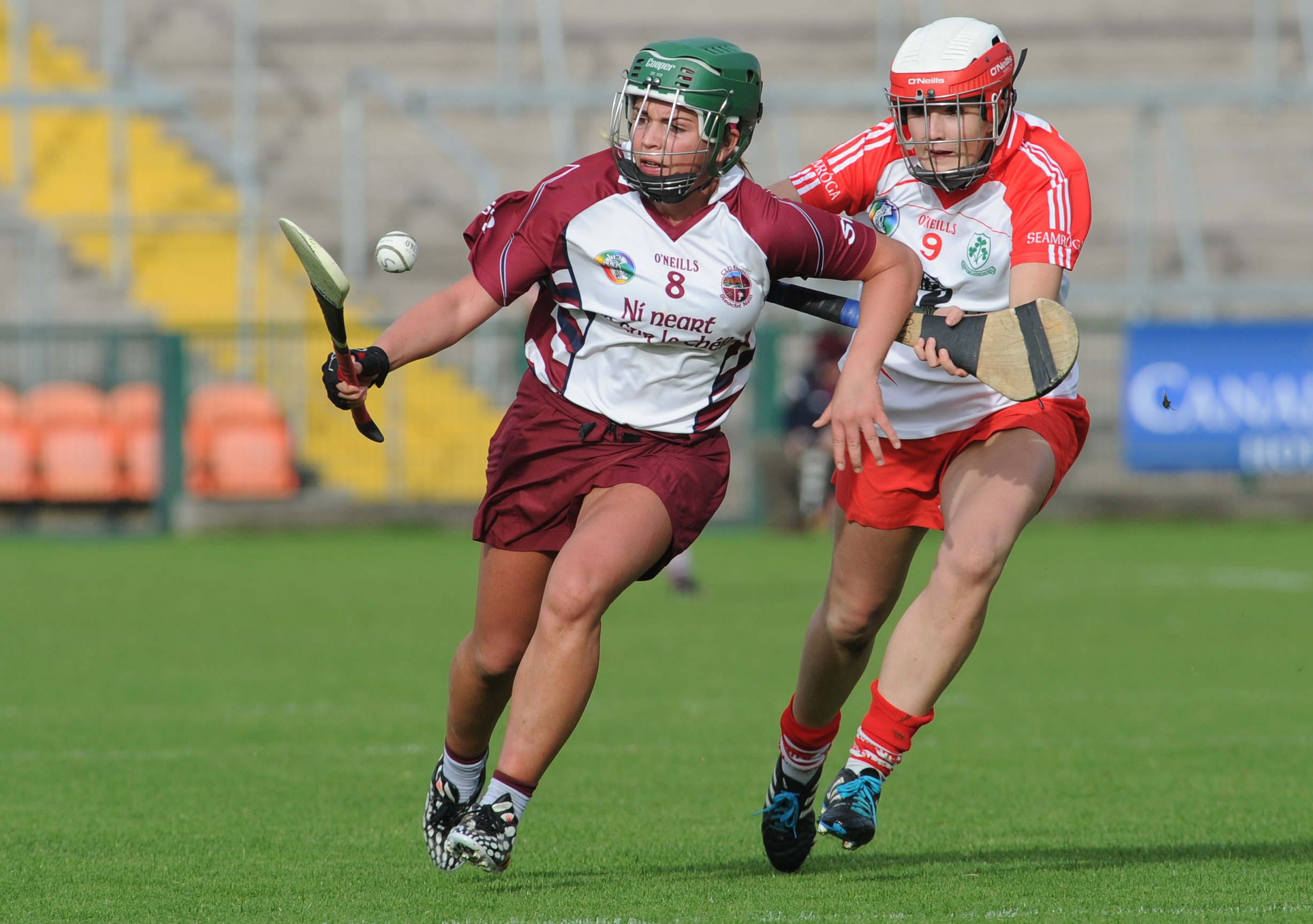 Sportstalk.ie will be bring you previews of all Semi Finals in the coming weeks leading up to a super weekend of Camogie the end of January.

First Preview of the All Ireland Club Camogie Semi Final

Upcoming Club Fixtures, the Focus for the New Year

While most Camogie teams around the country are slowly getting over the festive season and still in rest and recovery mode, for 8 clubs in particular it’s all systems go as they gear up to do battle for a place in an All-Ireland final. With the Camogie Association announcing the venues for the upcoming senior and intermediate club semi-finals the focus now turns to the provincial winners and a question of who will go one step further and book their place in an All-Ireland final. In the Intermediate semi-finals fixed for Sunday January 29th @ 2pm Myshall of Carlow will meet Cappataggle of Galway in Coralstown/Kinnegad GAA grounds in Westmeath.

The other semi-final will see Munster champions Gailltir of Waterford take on Eglish of Tyrone in Donaghmore Ashbourne GAA grounds in Meath. For many the senior semi-finals have thrown up a few surprises with no Oulart of Wexford or Millford of Cork occupying any of the 4 spots. Instead Burgess Duharra of Tipperary will face Slaughtneil of Derry in Inniskeen Grattans GAA grounds in Monaghan while Thomastown of Killkenny and Sarsfields of Galway will meet in St Brendans Park Birr in Co Offaly. Both games are also fixed for January 29th @ 2pm. In the first of our previews we will take a closer look at the meeting of Burgess Duharra and Slaughtneil. A lot has been written in recent weeks of the fantastic achievement of the Slaughtneil club winning the Ulster hurling, football and Camogie titles this year, a feat that most clubs could only ever dream of. The Derry champions also reached the Ulster Camogie decider in 2015 losing out to Loughgiel of Antrim on that occasion. Loughgiel provided the opposition again this year and it took Slaughtneil two attempts to eventually defeat them with the first game ending in a draw 1-8 apiece.

The Derry side showed unbelievable determination that day in particular the Ni Chaiside sisters Aoife, Bronagh and Eilis who lined out less than a week after the sad passing of their father Thomas who was a key figure of the management team and a stalwart of Slaughtneil’s GAA and Camogie club. In the replay they had to come from behind to draw with Loughgiel who were going for their 3rd title in a row before a late goal from Mary Kelly ensured the cup was going back to Slaughtneil for the first time in their history. The Tipperay champions also find themselves in unfamiliar territory preparing for a Senior All-Ireland Club semi-final. Despite claiming their fifth county title in a row back in October their win in the Munster Final this year was the first for the club as Millford of Cork dominated Munster in recent times. Burgess Duharra were deserving winners this year with a comfortable win against Grannagh Ballingarry of Limerick before putting in a strong display to overcome Inniscarra of Cork 2-10 to 6 points. Burgess Duharra now face a long journey to Monaghan to take on the Ulster champions and they know they will need to be at their best if they are to beat them. Both sides are going into this test on the back of impressive county and provincial displays and will have trained hard in preparation for the semi-final. For Burgess Duharra senior county players Gemma Grace, Jenny Grace and Caoimhe Maher have all played key roles in the club’s success so far.

Captain Jenny Grace’s free taking has been excellent thus far providing an important advantage for her side. Caoimhe will partner her younger sister Ciardha at midfield an area Slaughtneil have been particular strong in this year with Shannon Graham hugely influential and at the heart of many attacks. In the forwards Mary Kelly and Louise Dougan will look to test Burgess Duharra who will in turn hope the ever reliable Trish O’Halloran (centre back) and Gemma Grace (fullback) will come out on top. For Burgess Duharra another big game is needed from sisters Amy and Tara Kennedy along with five time All-Ireland winner Eimear McDonnell they make up a very potent attack that have notched up plenty of scores so far this season. All this paves the way for an intriguing encounter which is very hard to call.

With Tipperary Camogie in a stronger position than Derry at Senior Inter County level many people will see five in a row county champions Burgess Duharra as slight favours. However club meetings don’t necessarily go that way and Slaughtneil boast a very formidable outfit who will no doubt have a massive following behind them as the parish continue on the crest of a wave supporting their GAA teams. The Camogie girls won’t want their dream season to end yet and after overcoming many obstacles already it will take an almighty effort from the Tipperary side to stop their bid for a place in the All-Ireland final.