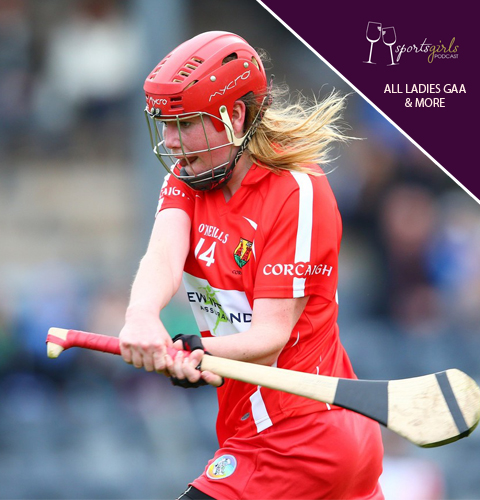 Cork went into Saturday’s group 2 clash with Limerick seeking revenge after Limerick recorded a famous victory over them recently in the Munster final. While many people were predicting a close game between the two sides the game emerged to be a very one sided contest as Cork enacted revenge in a ruthless manner with a 19 point winning margin.

Despite having to pass a late fitness test Katrina Mackey was in devastating form scoring a point in the opening minute her first score from a personal tally of 1-5. Limerick responded with a free from Niamh Mulcahy before the impressive Orla Cotter pointed from play. From here on in it was all Cork as the visitors struggled to match their blistering pace and scoring ability to the delight of the home crowd in Páirc Uí Rinn. By half time Cork had scored a massive 17 points with all but 3 coming from play while Limerick could only manage 5 points, 3 of which came from placed balls from their captain Niamh Mulcahy. With Amy O’Connor, Orla Cotter, Orla Cronin and Katrina Mackey all looking sharp in attack and registering a brace of points in the opening half there was no way back for Limerick at the break as they trailed 17 points to 5.

The second half continued in a similar vein with Cork dominant all over the pitch scoring five points in succession from Cronin, Mackey (2), Cotter and Hannah Looney before Limerick got their first score of the second half with another Mulcahy placed ball. There was further heartbreak for Limerick when Katrina Mackey kicked a goal to the back of the net in the 58th minute while a Niamh Mulcahy shot was saved at the other end 2 minutes later by the experienced Aoife Murray in the Cork goal. Cork are now firmly in the driving seat with 2 wins from 2 while Limerick will be in a desperate search for a win when they take on Tipperary in Tipperary next Saturday having suffered their second defeat in a row.

Sledging and targeting of players is still a problem.. But what...