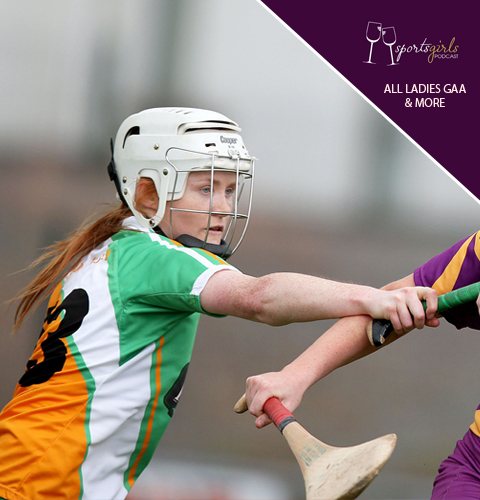 Wexford set out a serious marker for this year’s Liberty Insurance All-Ireland Senior Championship with a resounding 1-19 to 15 points victory over Offaly. Questions were being asked of Wexford coming into this fixture after some poor performances in the league and a defeat to Offaly in the Leinster championship in May. Added to this was Kate Kelly’s retirement from inter county camogie along with the absence of goal keeper Mags Darcy. With Offaly having already got their campaign off to a winning start they travelled to Wexford with confidence. Wexford however had ideas of their own and raced into an early lead with wing forward Chloe Foxe registering a goal within a minute after she got on the end of a Shelly Kehoe sideline to flick the ball past the Offaly keeper. A minute later Joanne Dillion pointed from play.

Two more points from the inform Foxe put Wexford firmly in the driving seat 1-3 to no score before Offaly got off the mark with a pointed 45m by Arlene Watkins. With the aid of the breeze Wexford continued to exert their dominance and displayed some fine shooting from Una Sinnott, Una Leacy, Linda Bolger and Joanne Dillon.

Offaly had to rely on points from placed balls from Arlene Watkins and a Mairead Daly point from play as they went in at the break trailing 1-12 to 0-4. The home side never looked under pressure in the opening half with the forwards picking off their scores with ease while Shelly Kehoe dominated in mid-field.

It was a much improved Offaly side in the second half as they outscored Wexford 11 points to 7 however Wexford could have had further goals as they squandered a number of scoring chances. Four time All-Ireland winner Una Leacy continued to dominate at full-forward with 4 second half points to bring her tally to 7.

However it was newcomer Joanne Dillion making her championship debut who was most impressive in attack scoring 4 superb points in a dream debut for the Rathgarogue Cushinstown’s player. Offaly substitutions made a difference especially the experienced Tina Hannon along with Ann-Marie Guinan who was introduced at corner forward and scored a good point and also won a free. Arlene Watkins continued to score from placed balls while Mairead Daly added another point to narrow the gap. Wexford’s lead never looked in danger though and with Mary Leacy and Ciara Storey in command in defence they ran out comfortable 7 point winners.

Wexford will be delighted with the winning start to their campaign but they know they will face a much stiffer test as they make the journey to Cork next Saturday. Due to a large cycling race in Wexford on Saturday the Offaly team arrived late to the venue and the throw-in time was subsequently delayed by half an hour.

This along with playing against a stiff breeze will have contributed to their slow start. On the other hand Wexford got off to a brilliant start and all 6 forwards impressed. Offaly never got to grips with the game and lacked intensity allowing the Wexford attack too much time and space to pick off scores. They have a bye next weekend before playing Cork at home on the 15th July where a big improvement will be needed.