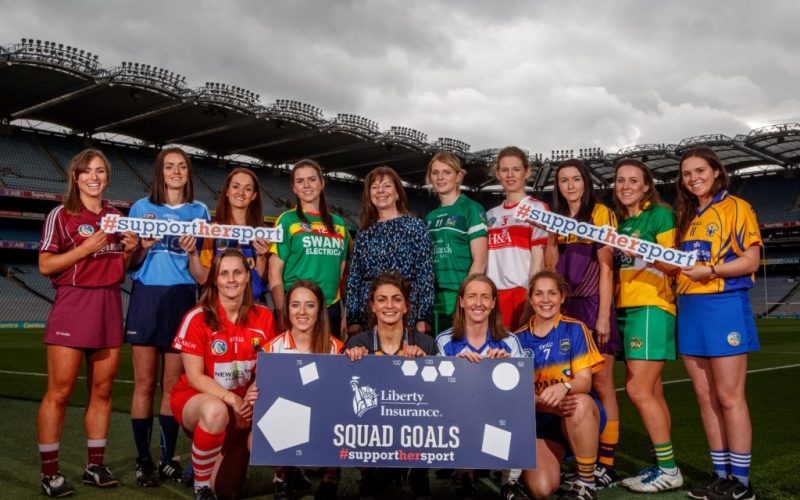 There are some doubts about whether this game will go ahead. There is a serious bout of illness in the Limerick camp, suspected to be caused by the drinking water at their venue last weekend. This is an issue which has caused the postponement of their opponents that day, Wexford’s, game v Offaly in the same group,

Should it go ahead and if they were to have a full bill of health, Limerick would be surely viewing this game as a free shot at Galway. Guaranteed qualification for the first time, pressure off, go and have a cut.

Galway are back on track. They were very impressive in dispatching Offaly and with a bye week to study Limerick, they will be confident of keeping up their recent run of form against them. They will no doubt target the championships top scorer Niamh Mulcahy and hope that Ailish O’Reilly and Ciara Murphy can keep up the form which they brought to Lusmagh in round two.

Limerick will settle for holding Galway to 2-14 again the same as they did in the league semi-final, but there is massive onus on the forward division to deliver more than the 0-3 they did that day.

Cork arrive to the capital on the back of two crushing wins, with all the talk about how they have taken their fitness to the next level. Both Clare and Tipp were competitive against the Rebels, but neither could withstand the final quarter onslaught from Paudie Murray’s side.

The young reliables are delivering once again for Cork. Libby Coppinger, Chloe Sigerson, Hannah Looney, Amy O’Connor and Linda Collins were all highly impressive against Tipp and they really should have no problems here.

Frank Browne showed his hand against Waterford. They went with a real tight defensive action, playing two sweepers at times and held Waterford to 1-11. Unfortunately they only put 1-5 on the board themselves.

Cork will free up Gemma O’Connor, and are the experts at playing the ball around the extra defenders, and will win pulling up here.

This is a very interesting game and probably the most likely one of the weekend to throw up a competitive contest.

Tipp, under new manager Niamh Lillis, or interim manager to borrow the Premier League phrase, got a real spike in performance last week against Waterford. Their attacking threat was spectacular, with Cáit Devane and Ereena Friday driving them forward at every opportunity, and pilfering four goals in the process.

Clare had no game last weekend, and you can be sure Ger O’Connell and co. were in Kilkenny having a good look at Tipperary, and will have worked all week on countering their attacking strengths.

They will be encouraged by the scoring cameo of Chloe Morey off the bench in Navan last time out, and the confidence that comes from a narrow away win, will be a huge boost to their very young side.

Clare have some of the best backs in the country with Grogan, Hehir, Doyle etc and they will fancy their chances of holding the Tipp attack. If they do, they have a chance, but I’m going for Tipp to build on their new found energy and make it two wins on the spin.

A big test awaits for Donal O’Rourke’s young Waterford side in Navan on Sunday afternoon. Coming out the wrong side of a cracking game in Kilkenny last weekend, on a class pitch, live on the internet etc, they will find it emotionally very difficult to be up for a game with Meath in the run down Páirc Tailteann, which they would be expected to win.

Ray Gavin will have been in Nowlan Park last weekend having a good look at Waterford, and will have targeted these home games as their best opportunity for points. He will have seen a Waterford team in top form, led by scorer in chief Beth Carton, and with a whole host of talent weighing in around her.

Meath are a very defensive side and what they saw last Saturday, won’t convince them to set up any differently against the potent Deise attack.

Waterford will have benefitted from the experience of playing against a highly defensive Dublin outfit, and as long as they are in the correct head space arriving up on Sunday, I expect them to put their second win on the board here.

SportsGirls Camogie Review – ‘Cork are miles ahead at the moment’