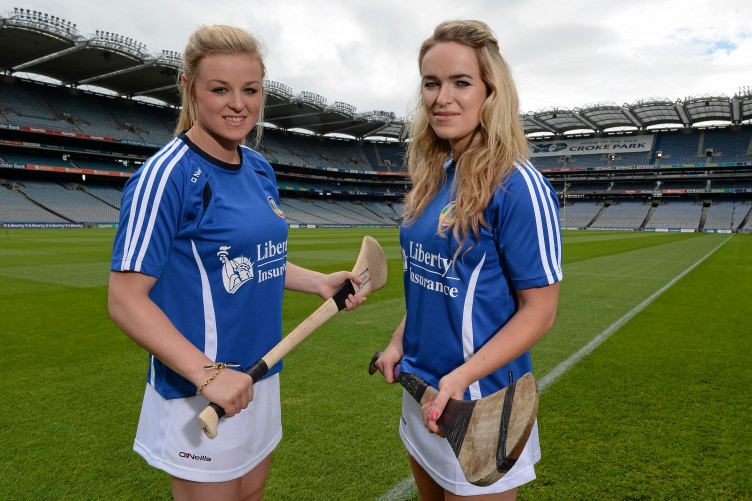 After 5 pulsating weeks of camogie action, the pairings for this year’s Liberty Insurance camogie quarter finals are known, while Galway and Cork sail into the semis awaiting the winners.

Group 1
Cork vs Limerick
Cork entered this game on the back of a last minute loss to Wexford but still knew a victory would most definitely send them straight through to the semi-finals while Limerick needed a win in the hope of snatching a late quarter final spot. It was Cork who started brightest leading at half time 11 points to 1.05, Limericks goal courtesy of Chloe o Brien. Cork however eventually showed their goal shooting power with Amy o Conner and Orla Cotter expertly finishing, to help the rebels win comfortably 3.17 to 1.09.

Ashling Thompson put last week’s dismissal behind her finishing game with an impressive 4 points. Limerick exit the competition but will be satisfied knowing they have huge progress once again this year. Assistance to the ever reliable Niamh Mulcahy in the scoring department is something they know they must find for 2017.

Offaly vs Waterford
Offaly advanced in third place in the group after seeing off a gallant Waterford in Birr. Michaela Morkan was the hometowns hero finishing with 10 points to add to Linda Sullivan’s and Mairead Jennings goals.

They now advance to play Kilkenny in the quarter final full of confidence after finishing level on top with 12 points. Waterford will have learned a lot from their maiden campaign up senior but will know they can’t over rely on Trish Jackman once again next year who was in fine form from placed balls and finished with 11 points in total.

Clare vs Wexford
Clare welcomed Wexford to Ennis hoping to salvage some pride after what has been a disappointing campaign. From the off however Wexford were in ruthless form knowing that they needed a huge points tally to try steal a late semi-final spot.

They went for the juggler early on and laid siege to the Clare goal running in 7.12 to Clare’s 1.05 score line. Kate Kelly was in blistering form ending the game with an incredible 3.08. They now advance to play Tipperary in the quarter final while Clare will know there is huge rebuilding to be done during the off season.

Group 2
Kilkenny vs Galway
Both teams entered this game with maximum points knowing the winner would advance straight through to the semis. In what was a close affair early on in Freshford, it was the home side who started brightly thanks to 3 points from Denise Gaul. Galway hung in until half time and trailed by the minimum 0.04 to 0.03.

Galway emerged for the second half in determined mood and once again were thankful to the razor sharp Ailish o’ Reilly who not for the first time this championship had the Midas touch to finish to the net. Kilkenny failed to recover from this vital score and lost out 1.12 to 0.10. Ann Downey’s Kilkenny now face Leinster rivals Offaly knowing they will have to be at their best if they have any aspirations of ending the 22-year drought down Noreside. Galway will be thrilled to know they are just two games away from avenging last year’s final loss.

Dublin vs Derry
While Derry entered this game knowing their campaign was over Dublin had a much bigger target to attain. Win by 25 points and they faced Tipperary in a play-off for a quarter final slot, win by 26 points and they went straight through. Anything less meant they exited the championship and Tipperary advanced.

After what was an enthralling game of camogie in sun drenched O’ Toole Park in front of a massive home support, they agonisingly came up short winning by 23 points 6.11 to 1.05. After two early Sarah o Donovan goals and leading by 11 at half time with the wind at their backs for the second half it looked like Dublin would achieve the impossible. However, they will look back at the third quarter as their downfall when they failed to hit home their dominance. Usual goalkeeper, Sile Ni Coitir, for the second time in consecutive games was sent outfield to strengthen Dublin’s attack.

Once again she obliged scoring two points to add to Louise O Hara’s and Aoife Buglers 3 pointers. Lady Luck just wasn’t on their side however and Derry and more importantly Tipperary will thank the Derry keeper Niamh McQuillan for her heroics stopping the Dublin attack on numerous occasions. Dublin will rue their huge Galway defeat but will take great comfort from a very spirited campaign once again and with excellent debut performances from Orla Beagan and Eve O Brien know that the future is bright. Derry however have had a bruising campaign and will look to rebuild over the coming months.