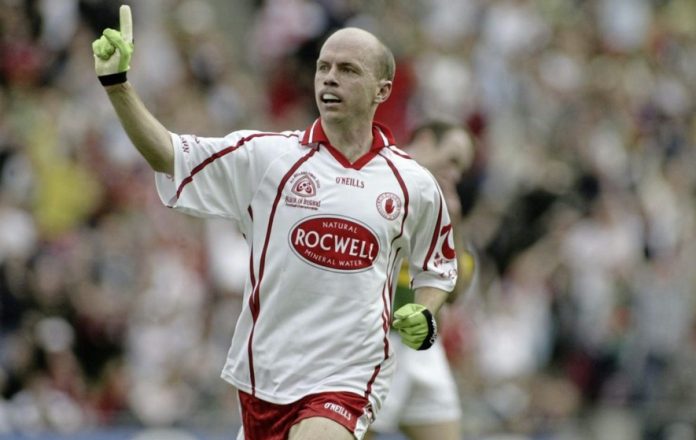 Peter Canavan has added his support to a motion at Congress which would allow counties determine their own age grades.
Many counties want to revert back to the even number at underage grades with minor being U18.
Canavan is vice chairman of his club Errigal Ciarán. They were one of the clubs who submitted a motion seeking for the reversal.
The Tyrone club issued a letter at the weekend. It stated: “We understand that when the change was made to 15, 17, 19, that the intention was that it would improve player pathway with a meaningful U19 competition key to that success. But, as was called out at the time, the overlap of U19 with senior/reserves is too great and it is almost impossible to play a prolonged competition at U19 club level.
“A particular concern are the perceived weaker lads, who may never enter an adult dressing-room in any event, but who enjoy the training and camaraderie during their underage career.”
The letter went on to say: “At that critical age of 17, their networks are closed a year earlier, from 18 down to 17 years of age. Some of these lads will go on to be the best administrators our clubs ever had, others will drop out as they lose the connection with the club.”
Canavan admitted that U19 hasn’t worked and reverting back to U18 had a lot of support. “That’s not apparent. I know in Tyrone a number of clubs that pulled out of U19, it was just a non-entity. That left it that U17 was the last meaningful competition that young lads were getting and certainly, the step up is too big from U17 to senior level. That was very much our take on it from a club point of view. That extra year is massive for young lads before they move into the senior grade.”
He added: “It’s well documented in recent years, the drop-off rate in Gaelic games compared to other sports, and it is all from 18 on. What we are effectively doing is increasing that if U-17 is the last meaningful competition.
“I know the idea of U-19 is well intentioned but the fact of the matter is it doesn’t work and it will not work because so many players, especially in smaller clubs, your best U19s, of course they are going to be playing senior football and that is the priority. So it doesn’t wash. If we are going to look for a more productive pathway then it has to revert back to the way it was.”
Clubs including Carrickedmond in Longford and a number in Down have submitted similar motions to Errigal Ciarán’s.