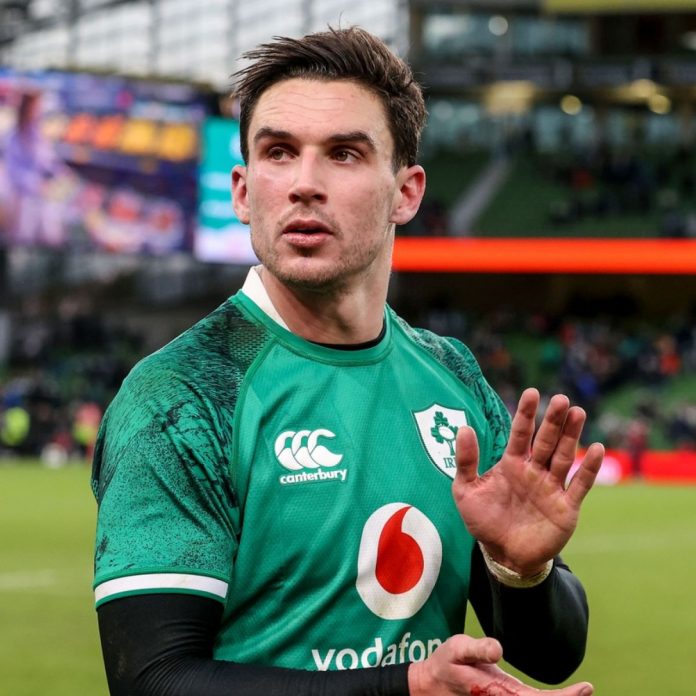 Joey Carbery will start at number 10 against Italy in the Six Nations on Sunday, with fit again Johnny Sexton, on the bench.
There have been six changes made by Ireland Head Coach Andy Farrell. Michael Lowry, will earn his first International cap, having been selected at full-back. James Lowe returns from injury with Mack Hansen switching wings and taking the place of Andrew Conway.
Peter O’Mahony will captain the side from the back row, he will be joined by Josh van der Flier and Caelan Doris. Due to injuries to Ronan Kelleher and James Ryan, Dan Sheehan is set to make his first start for Ireland, as will lock Ryan Baird.
Sexton is joined on the bench by Rob Herring, Dave Kilcoyne, Finlay Bealham, Kieran Treadwell, Jack Conan, Craig Casey and James Hume.
Following their defeat to France last time out Ireland trail leaders France by three points, after they secured a losing bonus point.
For Italy Head Coach Kieran Crowley has selected Leonardo Marin at inside centre, Pierre Bruno comes at out wide and Giovanni Pettinelli at blindside flanker.
Italy lost to England 33-0 in their last game and are on a run of 34 consecutive defeats in the Six Nations.