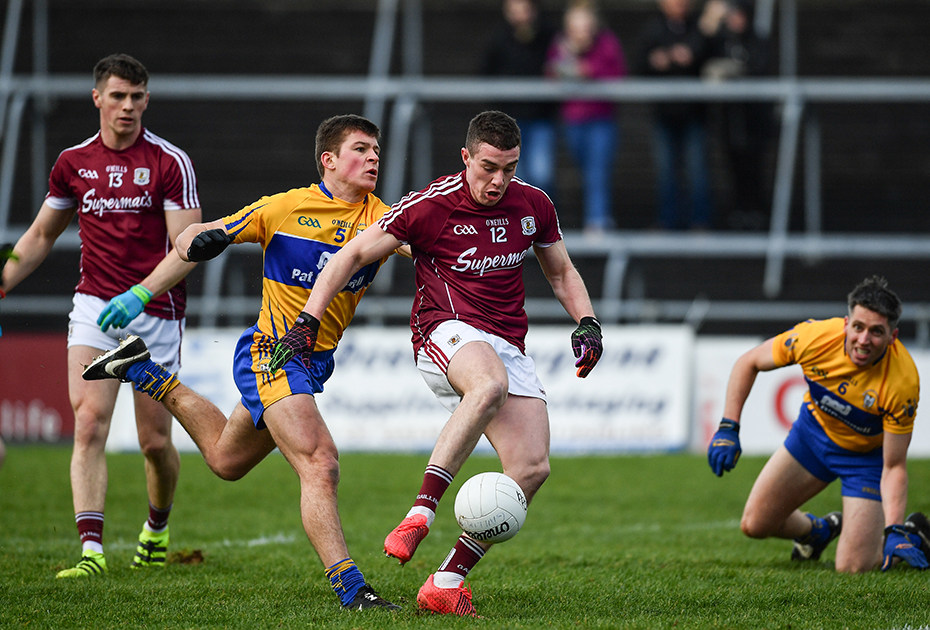 Cavan will feel this was a game that they should have got something from as Galway were forced into some stout defending in the latter stages of what was a fractious affair at Pearse stadium. Five players sin binned over the 70 minutes with Cavan at one stage down to 12 players for a time.

The teams were level after a low scoring first half, 0-5 a piece , the home side took an early lead through Cunninghams point but it was Cavan who looked good. Points from Pierce Smith, goalkeeper Raymond Galligan and Conor Madden nosed them ahead and they led 0-4 to 0-2 after 17 minutes. Scores were at a premium in the second quarter.

Into the second half and the sides exchanged points before Cavan lost three players to black cards, Reilly, Brady and Killian Clarke spending ten minutes in the sin bin alongside the hosts Peter Cooke. Points in that spell from Burke, Heaney and Walsh pulled the Tribesmen five points clear and that cushion was enough as Cavan pressed. Reilly, Mackey and Conor Madden’s second point of the day closed the gap but Galway held on.